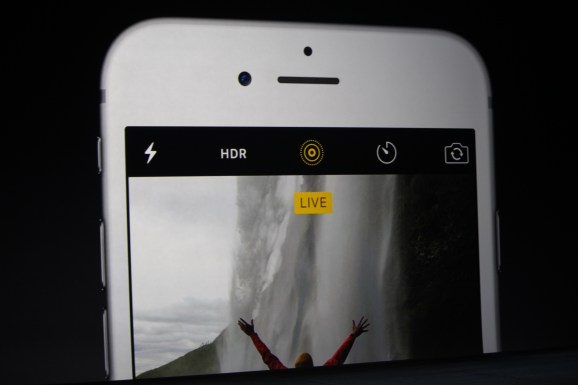 A "Live Photo" being shot on the iPhone 6s.

Get ready to see Live Photos in a lot more places. Today Apple announced the launch of LivePhotosKit JS, an application programming interface (API) that will make it possible for developers to add Live Photos into websites.

Developers will add it in as a DOM element, just like any other image or video property, and they will be able to specify how the short videos should play or let end users hover over a “LIVE” button in the top right corner of the Live Photo to make it play.

This isn’t the first time it’s been possible to bring the content of a Live Photo onto the web. Last year Google introduced the Motion Stills app that gave iOS users a way to stabilize a Live Photo and then share it — but as a GIF or a video. Apple first introduced Live Photos in 2015, initially as a feature for iPhone 6S and 6S Plus. It’s since come to the iPhone SE, iPhone 7, and iPhone 7 Plus, iPad, and 9.7-inch iPad Pro.

This capability comes a year after publicly traded company Snap made it possible to play certain videos from its mobile-first flagship app Snapchat on the web. Facebook has taken steps to enhance its Instagram web app as well.

The player for the new Apple API will work in Safari, Chrome, Mozilla Firefox, Microsoft Edge, and Microsoft Internet Explorer, Apple said in its documentation. In the case of Android, support is in beta and performance will depend on the device. An NPM package is available for the new API.