Nvidia is on a quest to find the best “social impact” artificial intelligence startups as part of a program called Nvidia Inception, which is screening more than 600 entrants to cull the best AI startups in three big categories.

We wrote about the first four candidates for the hottest emerging startup on Friday and the five most-disruptive startups on Sunday morning. And now we’re focusing on the next five candidates in a category dubbed the “potential for social impact” startups. They all happen to be in the medical space.

Jen-Hsun Huang, CEO of Nvidia, hosted a Shark Tank-style event last week to narrow down the competition. Huang and a panel of judges listened to pitches from 14 AI startups across three categories. These startups were filtered from more than 2,000 AI companies in the Nvidia Inception program, and the winners will walk away with $1.5 million in cash at a dinner on May 10 at Nvidia’s GPU Technology Conference.

Jeff Herbst, vice president of business development at Nvidia, said in an interview with VentureBeat that the company decided to create a meaningful award to recognize the amazing work being done by AI startups. In the category of “potential for social impact” companies, he said Nvidia reviewed more than 100 entrants from a total of 2,000 AI startups in its database. 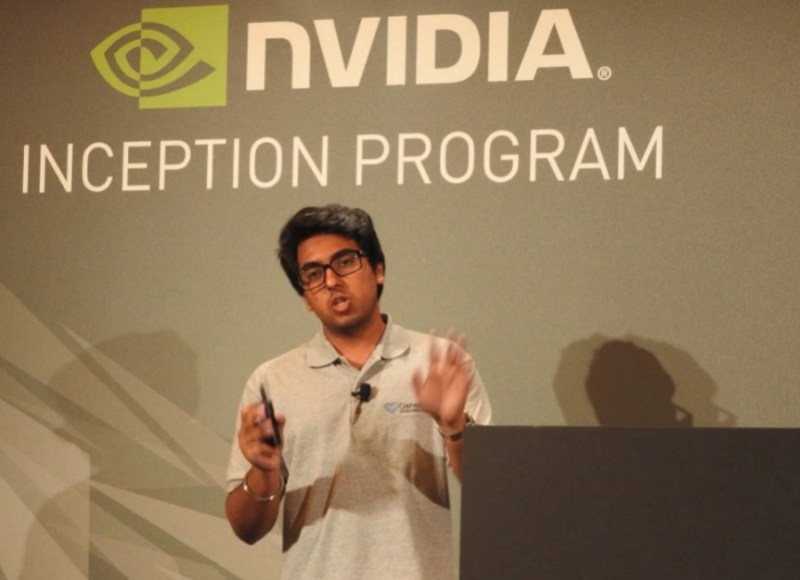 Chest pain results in 10 million visits to the emergency room each year in the U.S. It’s a $6.6 billion a year problem, and the ER has a hard time distinguishing between pain that is cardiac-related and the 75 percent of cases that are not.

Genetesis is using deep learning, sensors, and physics to diagnose chest pain properly, said Peeyush Shrivastava, CEO of Genetesis. Normally, you have to be hooked up to an electrocardiogram (EKG) machine. But its results aren’t conclusive, so you have to then go through a six-hour test known as troponin. Those results aren’t conclusive either, so you may have to do a couple more tests.

The whole process takes hours, and physicians often keep patients under observation for many more hours.

About 5 percent of patients are sent home with an undiagnosed heart problem. And 2 percent die at home. Meanwhile, there is about $494 million in inappropriate stress testing, Shrivastava said.

The company has created a test based on a biomagnetic imaging system that monitors the weak magnetic fields that naturally emanate from the chest. It generates a 3D map of the heart that can tell a doctor whether you are having a heart attack or not. A nurse or technician can evaluate a patient in a non-invasive way in 90 seconds. At the patient’s bedside, the doctor can determine if the patient will need a stent.

“We are taking on the global challenge of chest pain triage in the emergency room,” Shrivastava said.

The system uses GPU-accelerated AI to make the diagnosis, and the biomagnetic imaging can also be applied to other tests on brain, liver, and fetal conditions. The system can create thousands of 3D maps per patient with 1-millimeter resolution.

Genetesis has a data partnership with the Mayo Clinic. The startup was founded in Cincinnati in September 2013 and has about 15 employees. It has raised $1.9 million from Mark Cuban, CincyTech, Wilson Sonsini, Danmar Capital, and 43North. 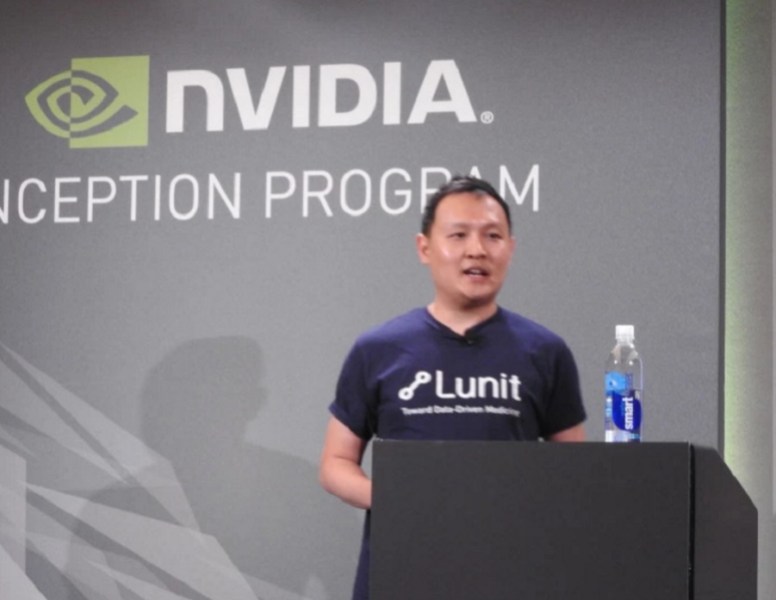 Above: Anthony Paek, CEO of Lunit.

Lunit is developing deep-learning software for medical diagnosis of hard-to-find conditions, such as breast cancer.

The Seoul-based company (which we wrote about in December 2015) is using 3D imaging and deep-learning technology to go after mammograms, which aren’t as good at detecting cancer in “dense breasts.” In the U.S., $10 billion is spent each year on breast cancer detection.

“We think this technology can save countless numbers of patients’ lives,” said Anthony Paek, CEO of Lunit.

Paek said that about 20 percent of lung and breast cancers are being missed in screening tests. General practitioners see an improvement in their correct diagnoses, going from 80 percent to 83 percent, using Lunit’s technology. Radiologists see their results go from 84 percent to 86 percent, Paek said. In tests, Lunit has beat teams from other companies from IBM and Microsoft.

Dense-breast cancer screening is usually about 78 percent accurate. But with Lunit’s AI software, that goes up to 83 percent. Over time, the accuracy could go up even higher as the technology learns, Paek said.

Lunit prepares data, trains its neural network, and then provides feedback to improve the detection via validation. Paek said that the business can be scaled to focus on other medical conditions. It could also be used to detect other types of cancer.

Lunit’s cofounders come from the South Korean university KAIST, and the company is working with key medical leaders in South Korea.

Lunit was formed in August 2013 and has 30 employees. It has raised $5.2 million from Formation 8, SoftBank Ventures, Mirae Asset Venture Investment, Intervest, and Kakao’s K-Cube Ventures. 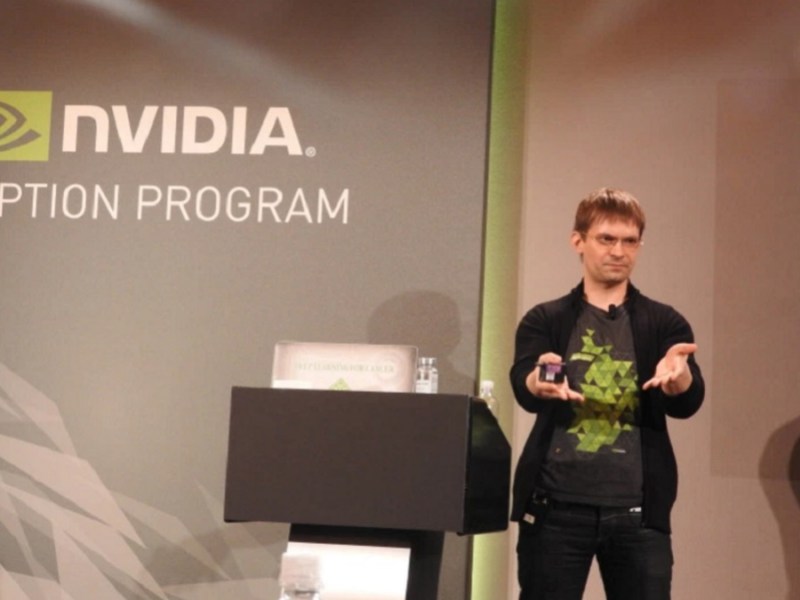 Drug discovery is among the biggest of tasks. It costs $2.6 billion in research and development per drug, and about $150 billion is spent globally developing prescription drugs. And that’s why, in 2014, only 46 new drugs were launched, and the failure rate for new drugs is 92 percent, said Alexander Zhavoronkov, CEO of Insilico Medicine.

Insilico Medicine is creating AI for drug discovery, biomarker development, and aging research. It is dedicated to improving quality of life for everyone, based on a measure dubbed Quality-adjusted Life Years (QALY), or one year of life in optimal health. Zhavoronkov said he wants to boost the QALYs for every person. Right now, it costs about $60,000 to boost your life by one QALY. The company aids in this by validating leads for new drugs. It then licenses that to a drug company, and, if verified, the company receives payment.

‘We discover drugs with a higher chance of success, accelerating drug development for pharma,” Zhavoronkov said. “This is my baby. I have no fixed assets. We are not going to quit until we defeat the greatest challenge: age-related diseases.”

Insilico Medicine’s deep learning technology runs on Nvidia GPUs. It can do things such as figure out a person’s age using biomarkers. One of the company’s drugs is currently going through the discovery process. But the company has several thousand “leads,” or models of molecules for treating conditions. And it refines those leads by validating them in model organisms.

“Once you get that data, you start generating some serious money,” Zhavoronkov said.

Licenses for such work can vary, from $2 million to perhaps $38 million, depending on the level of advancement.

“One reason the drugs are expensive is because of the 92 percent failure rate,” Zhavoronkov said.

Insilico Medicine was founded in January 2014 in Baltimore. It has 30 employees and has raised $5 million from Mann Bioinvest and Deep Knowledge Ventures. 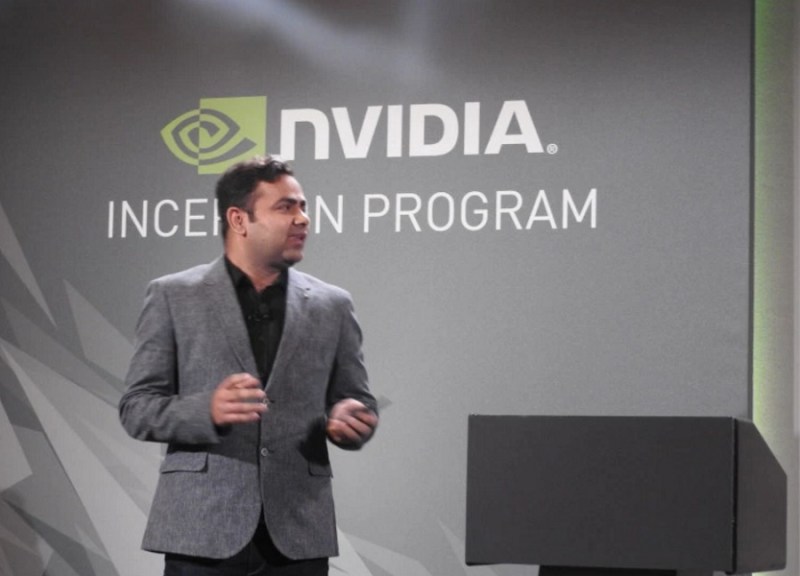 With so many deadly diseases out there, you need a lot of medical tests. SigTuple, an Indian startup, wants to use AI to dramatically improve the speed, accuracy, and consistency of various screening processes. It wants to enable doctors to serve more patients, with fewer errors. And it wants to give patients more confidence in the medical system.

“We want to revolutionize the medical industry by providing smart screening options, which are powered by artificial intelligence,” said Rohit Kumar Pandey, CEO of Bangalore-based SigTuple. “There are not enough doctors. We need more screening, and the tests we have are inefficient.”

Kumar Pandey said the company is focusing on diseases, medical experts, and devices. He noted that the world only has one doctor for every 1,000 people. The company uses AI to analyze visual medical data, and it promotes scale by using remote diagnosis for blood, urine, and semen tests. That enables doctors to assess patients from afar.

The company has created a device called Shonit, which can capture blood test results and digitize them. He said that it costs about $4 to $10 for a blood test in India today, and said his company will charge 40 cents to 80 cents per test, which is a big improvement in terms of lowering costs.

“We are looking at the bottom-most layer of the screening business,” Kumar Pandey said. “We want to bring value to the masses.”

The solution for blood testing is in beta testing now, he said. The company digitizes test data and moves it to the cloud, where its AI can analyze the data and deliver the results back to the doctor. It combines everything from the cloud to telemedicine.

SigTuple was founded in July 2015, and it has about 30 employees. It has raised $6.4 million from Accel Partners, IDG, Endiya Partners, Pi Ventures, VH Capital, and Axilor Ventures. Kumar Pandey said the company has only burned about $300,000, as it is generating revenue. It expects to generate $1 million in revenue in India in the next year. Over time, the company will expand beyond India. 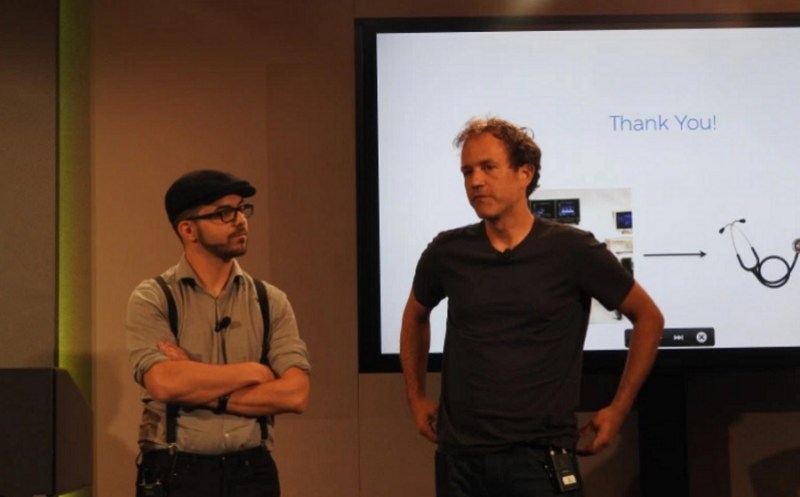 Johan Mathe’s doctor had a hunch that he might have a type of heart condition known as a murmur. But the doctor only had a stethoscope. And it took about five years of observation and tests to verify that Mathe indeed had an undisclosed disease associated with the heart murmur. That made Mathe wonder why the process had to take so long.

Bay Labs, which was founded by Kilian Koepsell and Charles Cadieu, could have detected the problem within minutes. One of the reasons for delayed diagnoses is that ultrasound images of the heart are hard to interpret. It would have been faster if discerning the images was a lot easier. Bay Labs is trying to address this with deep learning. It runs its AI software on Nvidia GPUs, training it in real time to get better at recognizing ultrasound images. It can also help technicians guide an ultrasound probe to the exact location to get better data on a patient.

Its solution is 20 times faster, and it can reach eight times more people at an eighth of the cost. It brings the cost down from $400 to $50 per scan, and it can scan five times more patients per year.

“Ultrasound is non-invasive,” he said. “We want to make it as useful as the stethoscope.”

Bay Lab was formed in November 2013. It has about 15 employees and has raised an undisclosed amount of money from Khosla Ventures and Data Collective Venture Capital.