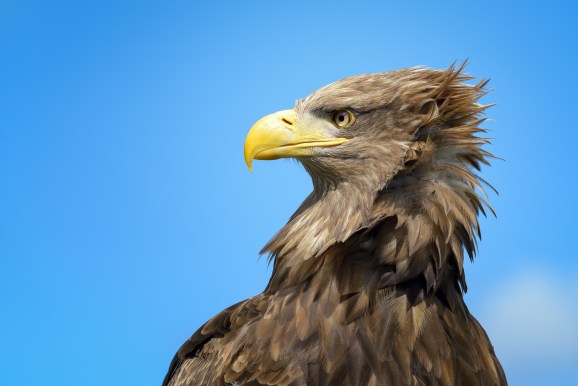 About 25 new actions have landed on Google Home for Google Assistant, including an action that lets you listen to the sounds of hundreds of bird songs and one that mimics the person in your office who says innocuous, buzzword-laden things in meetings.

More than 175 actions have been made available on the Google Home app since the launch of the Actions on Google platform last December. Actions are the voice apps third-party developers can create for Google Assistant. In recent weeks, the third-party ecosystem of actions has grown to include a WikiHow action for thousands of DIY instructions and a Bible reader that can read scripture based on how you feel.

The Bird Song Skill from Thomptronics can play more than two hundred bird sounds — from a wild turkey to half a dozen swan species to the Veery, which is said to have one of the most beautiful bird songs in all of North America.

Google Assistant can tell you what a swan or hummingbird sounds like, but it has limits — it cannot tell you about a grey wagtail or a black browed albatross, for example. If you get especially good at recognizing the birds, you can try your hand at the Bird Song Skill’s song quiz. I can’t wait for an action like this to take my location into account so I can learn the sounds of birds in my immediate surroundings.

Continuing a trend of actions made for public transit times in major cities, the Atlanta rail action was recently made available to tell Atlanta metro area residents about the arrival time of the next bus or train.

Another noteworthy new action is The Virtual Concierge. The action (and its accompanying Alexa skill) were made by Dana Young for guests staying at The Lodge in Palmer Lake, Wash. By saying “Talk to the virtual concierge,” a vacation rental or Airbnb guest can learn about house rules, or ask questions about things like the Wi-Fi password, nearby restaurant recommendations, and a range of other things a property may want a guest to know.

A large part of the new batch of actions is related to characters and storytelling.

Value Adder is an action that mimics the jargon-laden things people say in business settings, like “The key takeaway here is that we need to collaboratively pursue collective synergy” or “If you ask me, I think we should continually develop scalable niches.” To call on the action, say “OK, Google, ask Value Adder to add value to this meeting.”

The Misfortune Cookie action will tell you about mild misfortunes, like someone blocking your way on the escalator, kids with sticky hands, or soggy fries. Each cookie opened is another misfortune.

The Temple at the End of the Forest tells a story and gives you clues to unlock riddles along the way.

Story Tree is a lot like The Magic Door, an action that gives multiple choices in a story landscape driven by sound effects and characters.

The Earth Day action can tell you how to do something to address issues like deforestation, biodiversity, and climate change on earthday.org.

Another action built to spread knowledge about the world around us is the Farmer’s Almanac. Like Ben Franklin’s encyclopedic book of the same name, this action will tell you things like the number of days till summer, that “today is the best day to destroy pest or weeds,” or what a rabbit and hunting for eggs have to do with Easter.

Mercedes and Hyundai recently launched actions to give owners of their vehicles control of their cars via Alexa or Google Assistant. The Mercedes Me action can unlock the car door, start the car engine, or take navigation directions.

Google Assistant initially drew criticism for not allowing users to personalize their experience (as well as lack of such features as work address, payments, and calendar). However, the intelligent assistant is continuing to expand. Last week, Google Assistant on Home devices gained the ability to support multiple accounts and recognize the unique voices of up to six people.