Last Wednesday, amid a rush of Facebook news from F8, Greylock Partners announced that Rosenberg would join its consumer investment team to make seed or early round investments in startups working with bots, AI, messaging, AR/VR, and other fields.

Until late last year, Rosenberg had been part of the Messenger team working with businesses and a developer community to create a bot ecosystem for the Messenger Platform. During Rosenberg’s three years at Messenger, the chat app launched its bot and game platforms and grew from 200 million to more than one billion monthly active users.

About the series of changes made this week to increase the discoverability of bots on Messenger — the new discover tab for popular or featured bots, chat extensions to bring bots to groups, bots for Workplace by Facebook — Rosenberg said he wasn’t surprised, and that in this case it’s good to be predictable.

“It was really a signal of reinvestment in the platform and tools that were universally requested and practically useful. Every year you don’t want some kind of ‘this is the future of world’ bomb drop,” he said. “It’s kind of refreshing actually for everyone involved to not be super surprised by some of the announcements. Like ‘OK, they’re doubling down on the same platform, they built a lot of tools based on feedback we’ve given them,’ and people are starting to get more visibility to it, which is helpful.”

He told VentureBeat he’s interested in investing in companies making services to connect people outside of each other’s network for platforms like Messenger, WeChat, Kakao, and Line.

“It’s still an open space for using messaging to connect with people that are not in your close network,” Rosenberg told VentureBeat in a phone interview. “A lot of people have tried this, but nothing has really taken off yet.” 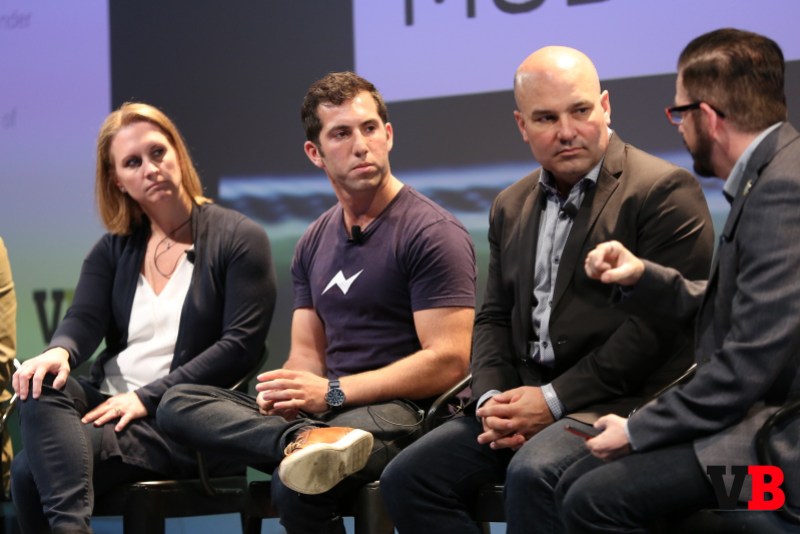 Rosenberg also believes there are big opportunities on chat platforms for communication within and between businesses because “email is still the default.”

“There are obviously companies like Slack and Microsoft Teams, but beyond the Silicon Valley bubble, email is still the way businesses communicate with each other. And I still believe there’s something [there for] either those companies or others who tackle it in a slightly different way or who tackle verticals like SMBs or have more of a hybrid approach to messaging,” he said.

Rosenberg sees chat platforms as a vehicle for automation and outsourcing in the workplace, with the potential to “unlock a distributed sales force on mobile.” The most interesting of these companies fuel entrepreneurship that could play a big role in the way people work and think about work.

Several startups in enterprise and other businesses are working on such services. On Friday, Magic launched a bot to complete office tasks in a Slack channel for $35 an hour. The now-defunct Tina assistant bot connected a Slack channel to a network of tens of thousands of freelancers in the Philippines to complete administrative tasks. TARA bot automates recruitment and project management.

Other companies exploring the chat gig economy include Ask Wiz, which currently allows tech experts to accept tips from $2 to $10. There’s Sensay, which intends to allow its anonymous advice givers to get paid, and therapeutic and medical chat services from Talkspace and HealthTap.

Rosenberg sees both pitfalls and opportunity in the way tech is reshaping the workplace for many people.

“You have essentially a fork in the road where on one hand you can have a large group of people that are kind of left behind in this new economy, and it can lead to unhappiness and societal unrest and drug problems and political issues and war and conflict and Brexit, and you’re starting to see signals of that right now. But the other fork in the road is that services like Etsy, Uber, and Shopify are building tools to enable micro entrepreneurship, and they’re replacing giant corporations that you worked at for 40 years in a cubicle, and you can actually replace that with something better where people have more control of their time but still have the same level of security, just through more distributed services.”

“That’s one kind of outcome of AI that I think is interesting to invest in, which is the future of work,” he concluded.