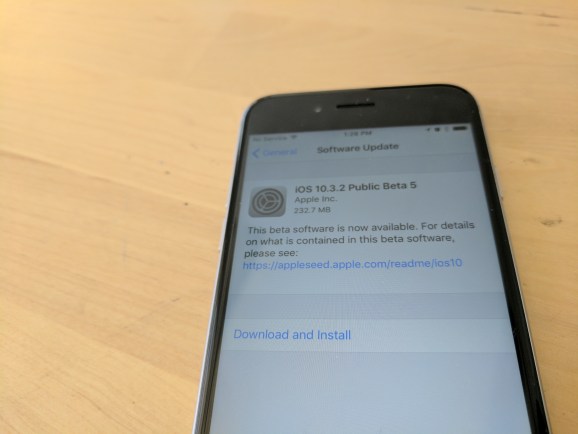 Apple today started rolling out the fifth beta version of iOS 10.3.2, a point update to iOS 10.3 that will be going out to everyone in the next few weeks. After making the beta available for developers to try out, Apple is now also releasing it for public beta testers.

This comes just three days after Apple pushed out the fourth public beta of the mobile operating system update, which itself arrived a week after the third beta.

Apple isn’t flagging any major changes in today’s update, although it does feel speedier than previous builds in my limited testing. The fourth beta had some bugs, and today’s update might well have fixed some of them.

If you want to try out the new build as a public beta tester before the final version of 10.3.2 comes out, you can sign up here. It’s free.

And in about five weeks, you should be able to try out a beta of iOS 11. Apple should be taking the wraps off it at its WWDC conference in San Jose on June 5.