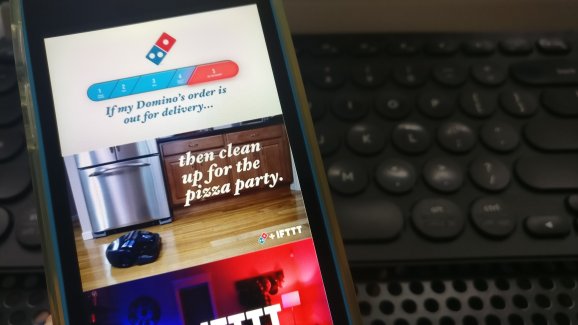 Domino’s has announced a new tie-up with IFTTT that will allow customers to automate their smart home devices according to the status of their pizza delivery.

IFTTT, an acronym for “If this, then that,” is a platform that allows users to create customized, conditional interactions between apps, online services, digital assistants, wearables, and other connected devices. The company recently scrapped its former recipe-based system and replaced it with applets, and to highlight some of the potential use-cases for Domino’s on IFTTT, the pizza giant has already created a bunch of applets here.

Domino’s has integrated its existing online tracker with the IFTTT platform — some examples of these conditional actions include automatically turning your porch lights on ahead of your pizza being delivered or deactivating the connected sprinkler in your front yard to avoid soaking the delivery driver as they walk up your path. Alternatively, you could create your own applet that sets your sprinkler system to turn ON just in time for the delivery driver’s arrival, depending on how cruel you’re feeling. 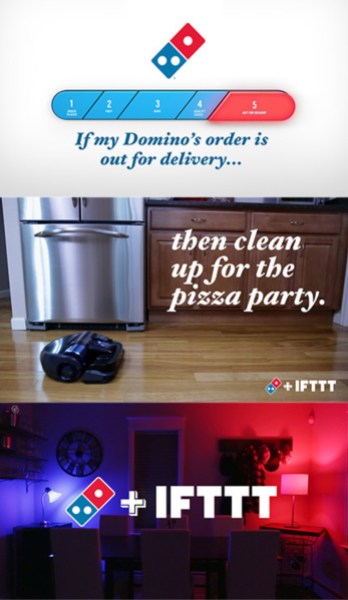 The IFTTT partnership is the latest in a long line of initiatives from Domino’s, which is seeking to position itself as a technology company within the food industry. Back in March, Domino’s announced a partnership with Starship Technologies to test pizza deliveries using autonomous ground drones, and it also offers a bot that automates pizza orders through Facebook Messenger. Now Domino’s customers can connect their pizza deliveries into the fabric of their connected homes.

“We understand how much people love using Domino’s Tracker, not only to know where their order is in the preparation and delivery process, but also to plan around that much-anticipated pizza arrival,” said Dennis Maloney, Domino’s senior vice president / chief digital officer. “And now we’re empowering customers to unleash their imagination as they create new ways to integrate some of our favorite innovations, like Domino’s Tracker, into their everyday lives.”