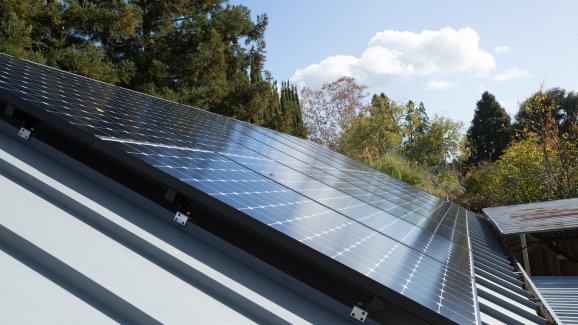 Google is expanding its Project Sunroof program beyond the U.S. for the first time and will now assess the potential for solar power energy in homes across Germany, too.

First introduced back in 2015, Project Sunroof is effectively a search engine that lets anyone look up a specific address to discover the potential for solar energy collection in any home. After a gradual rollout across the U.S., the web service finally landed in all 50 U.S. states back in March.

By meshing together data from Google Maps and Google Earth, Google uses 3D models and machine learning to estimate whether the position and location of a house has the potential to collect solar energy, and thus whether solar is a worthy investment for a homeowner. The tool looks at how much sun hits a roof and the position of the roof, while also factoring in historical weather data, shading from nearby objects, and the position of the sun at different times of the year.

For the German launch of Project Sunroof, Google has partnered with E.ON and a software company called Tetraeder, and Google said that roughly seven million German homes are currently covered by the program. Moving forward, Project Sunroof data will be integrated with E.ON’s website from today, allowing consumers to find out whether their home has solar potential and to purchase the necessary equipment to make it happen.

Google has long touted its green credentials, and the company recently revealed that it expected to reach 100 percent renewable energy for its global operations in 2017.