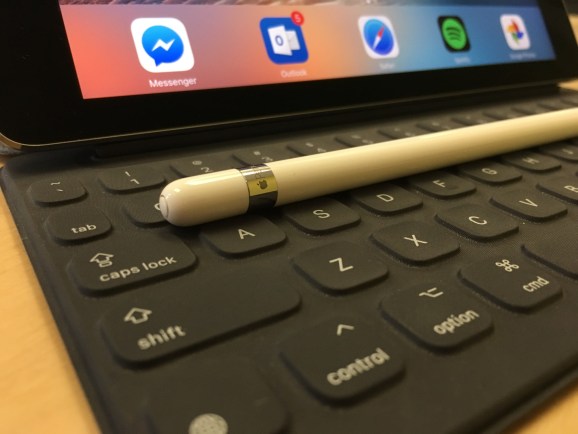 The Apple Pencil and the 9.7-inch iPad Pro.

The tablet market has now been in decline for 10 quarters in a row. Q1 2017 saw an 8.5 percent year-over-year decline: 36.2 million units shipped worldwide, compared to 39.6 million units in the same quarter last year. The very thin silver lining is that the decline was slightly less than in the previous five quarters, which all saw double-digit drops.

The estimates come from IDC, which counts both slate (declining since 2014) and detachable (slightly up) form factors, meaning tablets with keyboards are included. The top two tablet makers maintained their positions: Apple was first and Samsung second. The top five vendors accounted for 60.2 percent of the market, up from 57.3 percent last year, and nobody managed to ship more than 10 million units:

Apple saw its shipment numbers fall once again and lost 1.3 percentage points in market share as a result. After 13 consecutive quarters of year-over-year shipment declines, the company is back to the numbers it saw in its first year of iPad sales.

Samsung shipped the same number of tablets as a year ago, which meant it ended up gaining 1.3 percentage points. In this quarter, the South Korean gained on its American competitor, which was the case for most of 2016.

Huawei shipped 700,000 more units this quarter, catapulting it into third place, thanks to a 2.3 percentage point jump, ahead of Amazon and Lenovo. It was the only company among the top five to experience growth this past quarter.

Amazon and Lenovo were both flat in shipments, which meant they increased their market share slightly. Nevertheless, all three of these companies are still a far cry from the market leaders.

“As far as most are aware, the tablet market was created in 2010 with the launch of the original iPad, despite unsuccessful product attempts by other OEMs in the years leading up to this,” IDC program president Ryan Reith said in a statement. “The rate at which the tablet market grew from 2010 to 2013 was unlike many other consumer-oriented device markets we’ve seen before. However, it appears for many reasons consumers became less eager to refresh these devices, or in some instances purchase them at all. We continue to believe the leading driver for this was the increased dependency on smartphones, along with rather minimal technology and form factor progression.”