Harman Kardon has released additional details about its Invoke smart speaker with Cortana inside, marking Microsoft’s first venture into smart speakers to compete with the likes of Amazon Echo and Google Home. First teased last December, the smart speaker will be able to do things like manage a calendar, control smart home devices, play music, and deliver the news.

Unlike competitors, Invoke will be able to make calls with Skype. The device will initially be available in Microsoft stores in fall 2017, but only in the United States.

“We are excited to partner with Harman Kardon to create a speaker that combines premium audio and stylish design with the intelligence of Cortana,” Microsoft AI products VP Jordi Ribas said in a release today. “This is our next step in bringing Cortana to even more devices to help users be more productive wherever they are.” 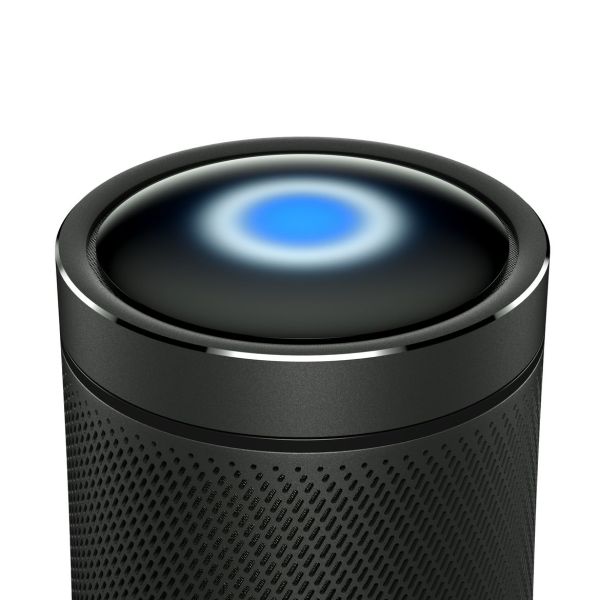 Above: An illustration of the top of the Harman Kardon Invoke

New images and details of the device emerge days ahead of Build, Microsoft’s annual developer conference. Taking place May 10-12 in Seattle, the conference is expected to be where Microsoft releases its Cortana Skills Kit and Cortana software development kit.

The software development kit will allow Cortana to enter home appliances and other devices far beyond computers and smart speakers. Once a skills kit is made available to more developers and businesses, Cortana will start to get the kind of robust additional features available across the more than 10,000 skills of the Alexa Skills Store.

May is expected to be a busy and vibrant month for voice apps and intelligent assistants from tech giants. In addition to the Cortana news this week, Google is widely expected to make some announcements about its own Assistant next week, and Amazon is expected to release a touchscreen Alexa device sometime this month, just weeks after the release of Echo Look, an Alexa-enabled device with a camera inside.