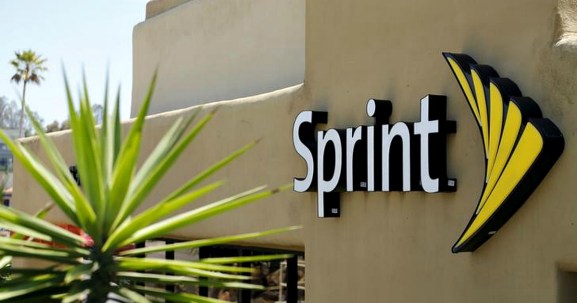 The much-anticipated merger mania in the communications industry finally turned into a real deal this week, but it probably wasn’t the one most people were expecting.

Meanwhile, almost all of the much larger anticipated deals have suffered symbolic setbacks, with the exception of one. Early on Friday, Bloomberg reported that Sprint and T-Mobile had started preliminary merger talks, though no investment banks had gotten involved yet. Both companies declined to comment to Fortune.

Whether the two sides can come to an agreement is an open question, and the stock price of both companies barely budged. Shares of Sprint, which have declined 6% so far this year, gained 1% on Friday while shares of T-Mobile, which have gained 14% in 2017, lost 0.4%.

Of course, Masayoshi Son, CEO of Sprint majority owner SoftBank Group, tried to buy T-Mobile  in 2014 but was effectively blocked by Obama administration regulators. Antitrust enforcement will likely be less severe in the Trump administration, but shrinking the fiercely competitive wireless market from four major carriers to three may still represent too much consolidation. And some Wall Street analysts say the math of a deal has become unworkable because T-Mobile’s value has grown so much larger than Sprint since they last tried to combine.

Meanwhile, many of the other expected players in the next wave of telecom consolidation seems to be backing away from the dealmaking table.

After a few weeks of conflicting signals, Verizon CEO Lowell McAdam gave Wall Street a steadier message on Monday, disavowing any rush to make a deal. “The bottom line is we don’t feel the urgency that seems to be out there in the analyst community, the banking community, and the media,” McAdam said at an analyst meeting.

Verizon has been a rumored buyer of Dish Network, the satellite TV service that owns tons of spectrum rights, as well as a possible merger partner with major cable providers Comcast or Charter. Shares of Dish, which have 6% this year, were about unchanged on the week, as where shares of Comcast, which have gained 13% year to date. Charter shares, which are up 12% for the year, took the news hardest, dropping 4%.

Comcast and Charter have lately been getting into the wireless business, prompting speculation one of them might buy T-Mobile or Sprint. But on Monday, they announced a partnership to share wireless technology that included a ban on either company making its own major acquisition or merger in the space for one year. Although the agreement left room for a rare joint acquisition of a wireless carrier, most analysts saw the provision as a sign that mergers were off the table for now.

“Where does this leave us,” Craig Moffett at MoffettNathanson asked in a report on Monday. “Well, with a lot fewer speculative deals to speculate about in the speculative game of deal speculation.”

The arrangement did set off a whole new avenue of speculation around whether the two cable giants themselves might be contemplating combining under the seemingly laxer Trump regime. That prompted a sharp tweet about Monday’s agreement from public advocacy lawyer Harold Feld, who has opposed many media mergers.