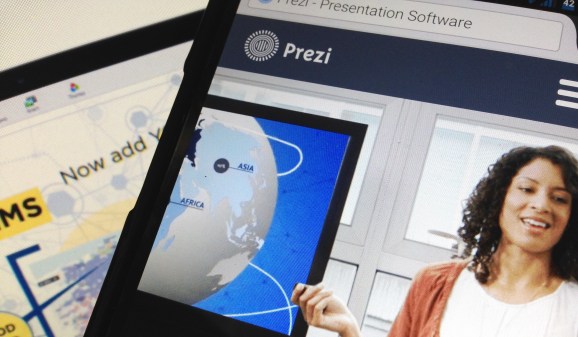 Prezi, the Hungarian startup behind the popular presentation software of the same name, has acquired Latvian infographics and data visualization company Infogram. Terms of the deal were not disclosed.

Founded out of Riga in 2012, Infogram offers a slick WYSIWYG editor that converts users’ data into infographics that can be published or embedded elsewhere. The company claims three million users and has raised around $2 million since its inception. It has made one prior acquisition itself, when it snapped up Brazil-based data-visualization blog Visualoop back in 2014.

Prezi has emerged as one of Hungary’s best-known startup exports and has built a solid reputation for its slick presentation-building platform. With 85 million users and $70 million in funding under its belt, Prezi now calls San Francisco home.

While Prezi is better known for its “zoomable” canvas that lets users plot and easily visualize the various components of a presentation, bringing Infogram on board is way to open businesses and individuals “to the more artful side of presentations,” according to a statement issued by the company.

“Prezi was inspired to unite with Infogram because of our shared mission to help people make better decisions by providing more effective tools for visual communication,” explained Prezi CEO and cofounder Peter Arvai. “If a picture is worth a thousand words, then the data that backs it up makes it credible. And without a story, data falls flat in effectiveness.”

Infogram actually represents Prezi’s first ever acquisition in its nine-year history, and as a result of the deal Infogram will become a wholly owned subsidiary of Prezi, though it will remain based in the Latvian capital.