Google announced that Gmail for Android and iOS is getting Smart Reply, a machine learning feature that automatically offers short messages for quickly responding to emails. The feature is rolling out globally in English, with Spanish to follow “in the coming weeks,” and Google promising support for more languages “coming soon.” There’s no need to download an update today — as long as you have the latest version of the Gmail mobile app, you’ll get Smart Reply.

Google first debuted Smart Reply by adding it to its experimental email service Inbox by Gmail in November 2015. Since then, the company has brought Smart Reply to other platforms, including Google Allo and Android Wear. But all those are still very niche — Smart Reply’s arrival in Gmail’s mobile apps shows the company believes it is ready for the masses. We asked Google if the company plans to bring Smart Reply to Gmail on the web, and a spokesperson replied the team is “heavily considering this as a future feature, but we don’t have any current plans to share.”

Smart Reply suggests three potential responses based on the email you received. You can select a reply and send it immediately, or edit your response starting with the Smart Reply text as a basis.

Here it is in action:

The feature leverages machine learning to give you better responses the more you use it. Google offered a simple example: If you’re more likely to say “Thanks!” than “Thanks.” then Smart Reply will remember to suggest the former next time.

Google’s thinking is that reading your emails on mobile is easy, but responding to them “takes effort.” And at least some users agree — the feature already drives 12 percent of replies in Inbox on mobile, the company revealed today.

While the feature name is the same, Google says it created a new version of Smart Reply for Gmail after analyzing the use of Smart Reply in Inbox. Gmail’s version increases the percentage of usable suggestions and is more algorithmically efficient, the company said. 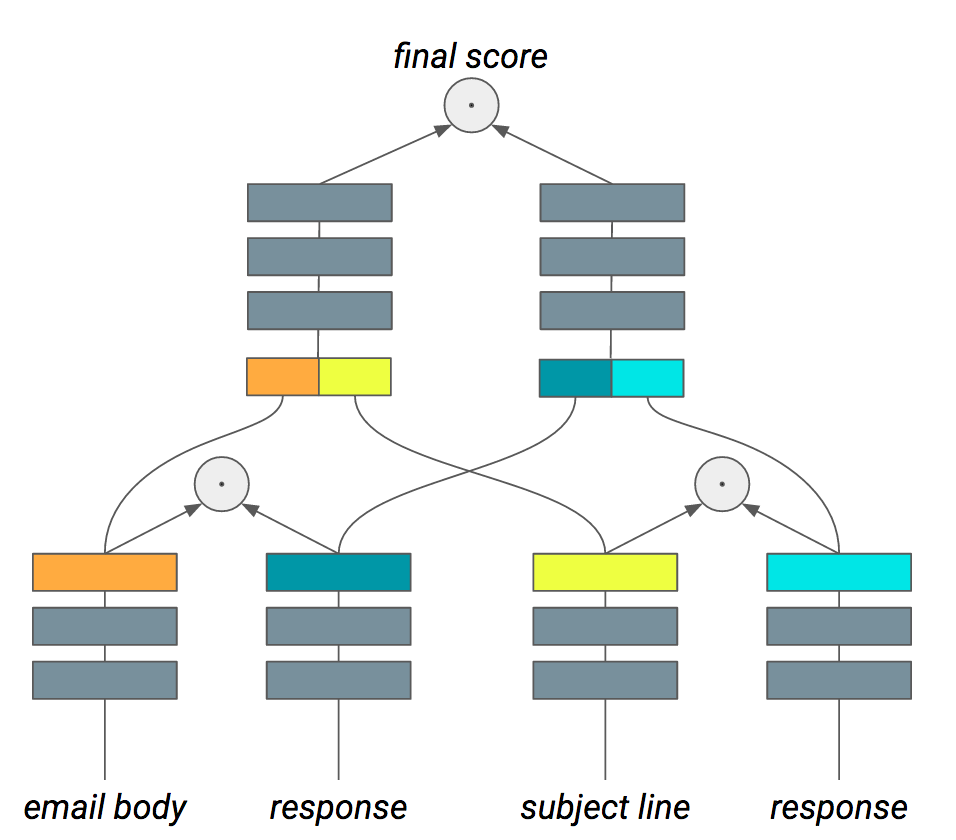 Google’s Research arm has found that a hierarchical approach to learning is well suited to the hierarchical nature of language, and happens to be good enough for suggesting possible responses to emails. The team uses a hierarchy of modules, each of which processes inputs and provides transformed representations (and so on for each level). The Smart Reply system has two layers of hierarchy: The first makes each feature useful as a predictor of the final result, and the second combines these features.

The initial release of Smart Reply encoded input emails word-by-word and then decoded potential replies the same way. This was very effective in many contexts but required substantial computation resources. Google Research found that it was more efficient to process the problem “all at once.”

This is just one example of Google adding timesaving smarts to its products. The announcement was made at the company’s I/O 2017 developers conference, where a lot of AI, machine learning, and cloud-powered features are being integrated across not just Google apps and services, but those made by developers that use its platform.

Back in December 2014, Google said it hopes to eventually replace Gmail with Inbox. In the interim, the company said it would bring over Inbox features to Gmail. More than two years later and the company is still at this stage.