Google Play has over 1 billion monthly active users, which the company argues makes it “the world’s largest app distribution platform.” Last year, Google Play users installed apps 82 billion times, the company revealed today. That number is up from 65 billion in 2015 (a 26 percent increase) and 50 billion in 2014. Google also shared that the number of developers with more than 1 million monthly installs grew by 35 percent year over year, and the number of buyers on Google Play grew by almost 30 percent in the last year. Stephanie Cuthbertson, Google product manager for Android, shared the new numbers onstage today. 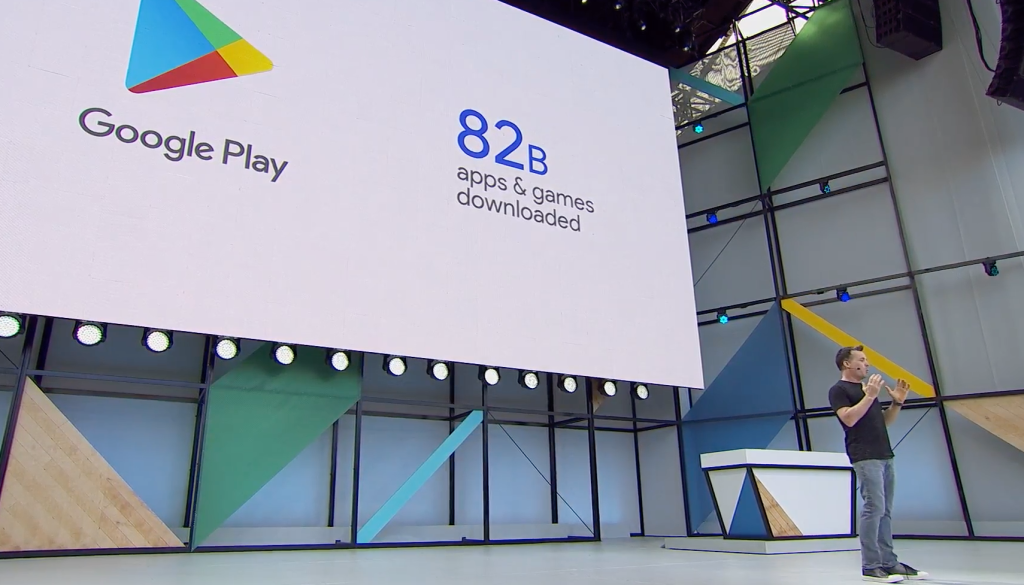 Above: Dave Burke, vice president of engineering for Android, announced that 82 billion apps and games had been downloaded from Google Play, while onstage at Google I/O 2017.

The Google Play Developer Console first arrived in October 2012 (the company is dropping “Developer” from the name today to denote that it’s used by more than just developers nowadays). Google has been improving it ever since; here are the latest features:

Speaking of apps, the Playbook app lets you set your objectives and provides a tailored list of the latest articles and videos from Google experts and across the Web. There’s a new beta version for those interested in helping Google improve Playbook.