“An important shift from a mobile first world to an AI first world,” declared Google CEO Sundar Pichai, summarizing the Google I/O 2017 keynote yesterday. His description of the changes underway at his company apply to nearly every business today.

Almost all of Google’s announcements touched on AI in one way or another. From introducing a second generation of TPU chips to accelerate deep learning for such applications as cancer research and DNA sequencing, to a broad effort to get Google Home on as many screens and devices as possible. (As I wrote last week, your living room is the next battle ground for intelligent assistants.) The company also shared that it’s speech recognition technology was now better than 95 percent accurate.

It’s all about a transition from “searching and organizing the world’s information to AI and machine learning,” Pichai said.

Is such a change underway at your company, too? If so, drop me a line and tell me what’s afoot.

P.S. Please enjoy this video of Google CEO Sundar Pichai on the importance of machine learning to his company’s future endeavors: 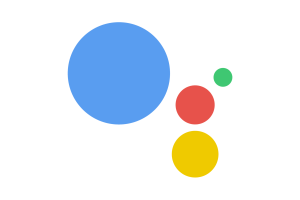 At its I/O 2017 developer conference today, Google announced Google Assistant is coming to iOS today as a standalone app, rolling out to the U.S. first. Until now, the only way iPhone users could access Google Assistant was through Allo, the Google messaging app nobody uses. Google Assistant for iPhone requires iOS 9.1 or higher. […] 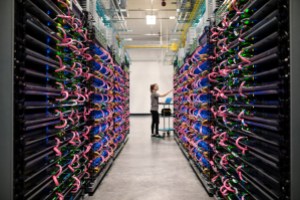 Google today announced that the company has created a second generation of its tensor processing unit (TPU) chip, a change the company calls a massive leap forward in its ability to train AI models. Available through the Google Cloud platform, the second generation TPU promises faster training and running of AI models for researchers and businesses, as […] Volvo is ramping up its self-driving vehicle efforts by testing an autonomous garbage truck designed for use in cities. The Swedish car maker has partnered with local waste and garbage specialists Renova for a project that’s setting out to explore “how automation can contribute to enhanced traffic safety, improved working conditions, and lower environmental impact,” according to […] 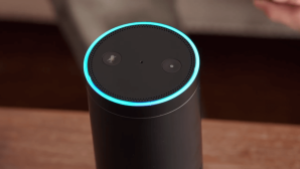 Amazon Alexa-enabled device like the Echo will soon be able to deliver news, weather, or health-related alerts with notifications from their Echo smart speaker. The move would make Alexa the first among companies like Google and Microsoft whose third-party voice apps can proactively send notifications. Announced in a blog post this morning, Washington Post, Life 360, Just […] 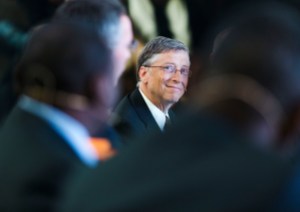 Bill Gates to college grads: Get a job in AI, but don’t forget inequity around you

In a series of tweets Monday, college dropout and Microsoft cofounder and former CEO Bill Gates tweeted told college graduates that if he were graduating today, he would look for a job in artificial intelligence, biosciences, or energy — industries “where you can make a huge impact.” 6/ You know more than I did when […] 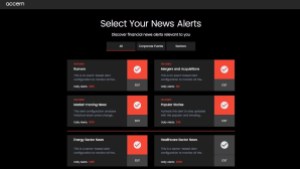 EXCLUSIVE: Analysts and traders are flooded with information on stocks, funds, market volatility, you name it. Accern wants to lend some method to the madness by monitoring news sites, blogs, social networks, and more to curate the most relevant financial content. The New York-based startup announced a $1.2 million seed round today to onboard new customers. […]

Jesse Engel is playing an instrument that’s somewhere between a clavichord and a Hammond organ—18th-century classical crossed with 20th-century rhythm and blues. Then he drags a marker across his laptop screen. Suddenly, the instrument is somewhere else between a clavichord and a Hammond. Before, it was, say, 15 percent clavichord. Now it’s closer to 75 percent. Then he drags the marker back and forth as quickly as he can, careening though all the sounds between these two very different instruments. (via Wired)

Nvidia CEO: Software Is Eating the World, but AI Is Going to Eat Software

Tech companies and investors have recently been piling money into artificial intelligence—and plenty has been trickling down to chip maker Nvidia. The company’s revenues have climbed as it has started making hardware customized for machine-learning algorithms and use cases such as autonomous cars. At the company’s annual developer conference in San Jose, California, this week, the company’s CEO Jensen Huang spoke to MIT Technology Review about how the machine-learning revolution is just starting. (via MIT Technology Review)

Elon Musk co-founded artificial intelligence non-profit OpenAI just announced it has created an AI system that can learn to complete a task in reality after watching just one demonstration of that task in a simulated environment. (via Futurism)

Apple has acquired a data mining and machine learning company Lattice.io, according to multiple sources familiar with the matter. Apple confirmed the acquisition exclusively to Fortune via telephone on Saturday, and provided the following statement via email: “Apple buys smaller technology companies from time to time, and we generally do not discuss our purpose or plans.” (via Fortune)