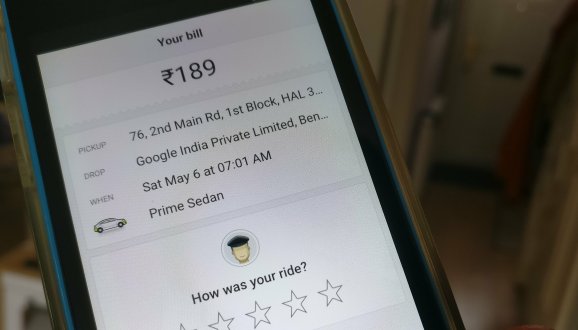 Ola, the Uber of India, has announced a partnership with Google to launch a Progressive Web App (PWA) designed to open Ola’s platform to millions of users who don’t yet have the latest and greatest smartphones.

PWAs are essentially mobile websites that offer features and functions similar to those of native mobile apps. They may include features like push notifications and are “installable” for easy access via a device’s home screen. They offer many benefits over traditional native apps, including being lightweight and requiring less data to operate, which is key in emerging markets where access to affordable mobile internet and powerful smartphones is limited.

Founded in 2010, Ola is an e-taxi giant in its native India, with more than $1.5 billion in funding from big name backers such as SoftBank and Sequoia. After losing out to Didi in China, Uber has been pushing its presence in India, with the duo gearing up to do battle over the lucrative ride-hailing market in a country with a population of more than one billion.

Ola has at least one distinct advantage over the heavily funded Uber, as the former is a homegrown company that is only focusing on its own market. But Ola is now doubling down on its technological smarts to ensure it’s ready to accommodate millions more people across the country.

While India is now the second biggest market for smartphones globally in terms of units shipping, many people still don’t have unlimited mobile data on tap and may use low-end smartphones with limited functionality, due to low RAM. This is why Ola is opening its platform to PWAs.

In conjunction with Google, at the internet giant’s annual I/O developers conference in San Francisco, Ola announced that it’s “strategically leveraging cutting edge technology” that has the expansive reach of the web while also ushering in native-app-like experience. Ola’s PWA only consumes around 50 KB of data on the first payload, and 10 KB on subsequent loads, the company said in a statement.

“PWA will overcome technological barriers to entry in key markets and make Ola the first ride-sharing platform in hundreds of cities across India, where there is limited connectivity and a prevailing use of low-end smartphones,” Ola added.

“We have always said that addressing market needs is a key priority, and this launch takes us one step further in our commitment to providing mobility for a billion Indians,” added Ola cofounder and CTO Ankit Bhati.

The Ola app is designed to work on 2G networks while also supporting offline bookings. It also integrates with Ola’s complementary services — including Ola Money, to enable payments — and offers maps and an offline booking feature.