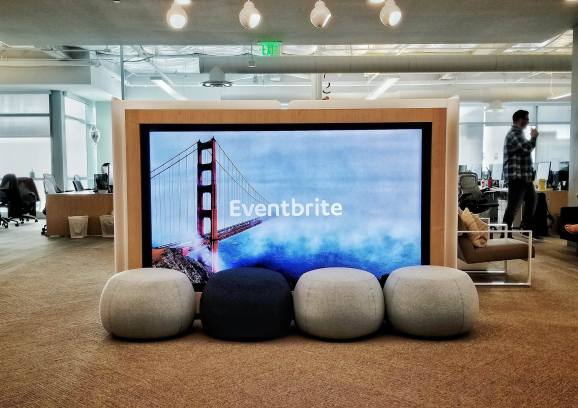 For over a decade, Eventbrite has sought to position itself as more than a service to sell tickets, but rather as delivering an overall experience. To achieve this, the company has been working on developing the Event Graph to make it easier for people to discover events they might be interested in. So far, the results appear to be promising.

“We are fundamentally helping people find great experiences,” said Scott Van Brunt, Eventbrite’s head of partnerships, in an interview with VentureBeat. More than 2 million tickets are sold each week through Eventbrite’s platform, but it has largely been through traditional third-party channels, rather than anything native. In July, Eventbrite began a partnership with Facebook that would allow users to buy event tickets directly through its site and apps. Van Brunt claimed that since then Facebook-powered events have generated 2X more ticket sales than before.

While he declined to provide specific numbers, Van Brunt said that more than 500,000 events have been published to Facebook since Eventbrite began its distributed commerce strategy. He believes this validates the company’s strategy to be everywhere consumers are. “The thing that’s interesting about [our distributed strategy] is there’s a shift in the ticketing industry. We’re bringing openness and letting anyone grab ticketing inventory,” he noted. “This represents a fundamental shift.”

The success of the Facebook integration is something Eventbrite said demonstrates the power of social commerce. “Events is a use case with impulse purchases…it’s different from other ecommerce hard goods, where if you buy a TV, for example, you go to Best Buy to purchase it at the moment you want. But with events, it’s being discovered on a blog, Facebook, etc.”

“Bringing tickets to the people is a trend we’ve heard mentioned repeatedly at industry events. And ticket sales are becoming more about creating meaningful relationships with people so they become followers and repeat attendees instead of simple, isolated transactions,” said Facebook’s events ticketing product manager, Yoav Zeevi. “Facebook has a unique ability to help foster those relationships and keep people engaged and interested.”

Van Brunt shared that Eventbrite will be continuing to invest in its integration with Facebook — a longstanding relationship that stretches as far back as Facebook Connect, which launched in 2008. The ticketing technology company has started to expand its Facebook partnership outside the United States, beginning in the U.K. There are also plans to make the service more available to other partners.

“These days, people discover events in a variety of ways — they pop up in our Facebook feed, in our email inbox, via text, or as curated recommendations similar to events we already have tickets to. With the largest pool of events in the world, Eventbrite is uniquely positioned to create a rich marketplace where over 50 million people come each year to discover incredible live experiences, while ensuring tickets to those events also appear at other natural points of discovery, like Facebook and Bandsintown,” said Tamara Mendelsohn, Eventbrite’s general manager for consumer products.

For years, Eventbrite-powered events have been found through third-party referrals, such as links on social media, emails, blogs, and other sites. But that required you to leave the page or site you were on, which organizers and promoters didn’t like this because it pulled traffic away.

Now Eventbrite has transformed itself into a ticketing platform so developers or partners working around events can also easily tap into its database. “Eventbrite will continue to be an open platform and one that heavily relies on and works with the ecosystem,” Van Brunt said. “We want to provide a good end-to-end experience with partners.”