Google today started selling its Jamboard in the U.S. and shared that the 4K digital whiteboard will be available for purchase in the U.K. and Canada “this summer.” Jamboard is designed for businesses with a G Suite plan that want to collaborate on Google Drive files with teams both local and remote.

First unveiled in October 2016, Jamboard was pitched as a cloud-based collaborative 55-inch screen with Google Docs-style collaboration plus Android and iOS apps that let others join in on the “jam.” In March, Google said the whiteboard would be available in May for $4,999 with a $600 annual support fee. 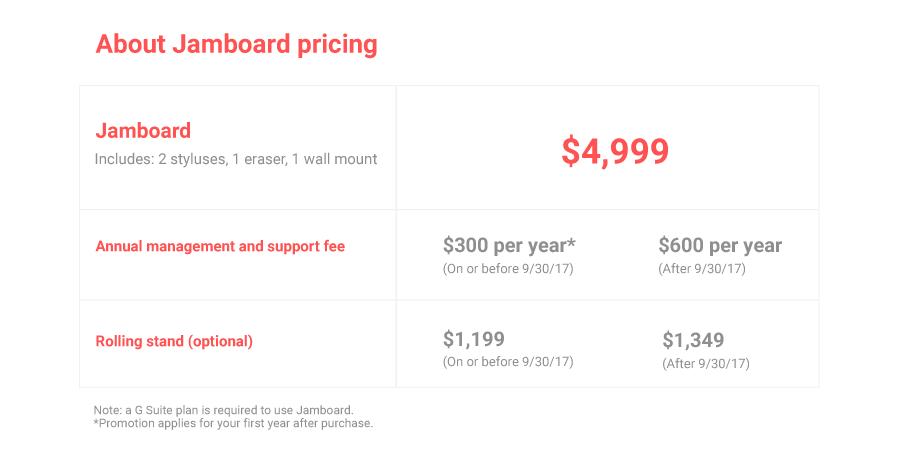 Jamboard lets you draw, add post-it notes, write with handwriting recognition, place stickers, perform Google web and image searches, add web content, use Hangouts, and of course leverage Google Docs, Sheets, Slides, and Google Drive. The device has a sole charging cable and can connect to the internet over Ethernet or Wi-Fi. There are also HDMI 2.0 and 1.4, USB 2.0/3.0, USB-C, and SPDIF ports.

Between the announcement and today’s launch Google has been working with enterprise early adopters to improve Jamboard. These companies suggested a greater range of secure Wi-Fi network configurations, which makes sense. But they also supposedly asked for more colors, so Google added cobalt blue, carmine red, and graphite grey (pictured below). 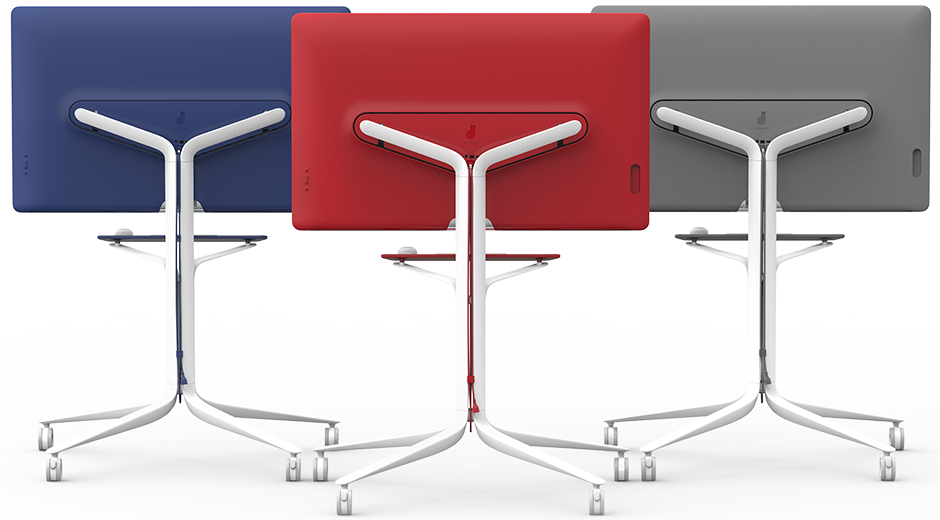 Right, that’s definitely what enterprises have been clamoring for. Google today also noted the team is continuing to reduce latency and increase Jamboard’s 4K touchscreen response, thanks to the embedded Nvidia Jetson TX1 computer, but it wouldn’t share any concrete numbers.

In short, Google believes Jamboard will help businesses “collaborate more efficiently” by bringing “the power of the cloud into team brainstorms.” Whether enterprises can be convinced that they need to shell out thousands of dollars for devices that are useless without G Suite remains to be seen. It’s a hard sell, especially with the recurring annual fee, but Google is making a point to undercut Microsoft’s Surface Hub, which starts at $8,999.