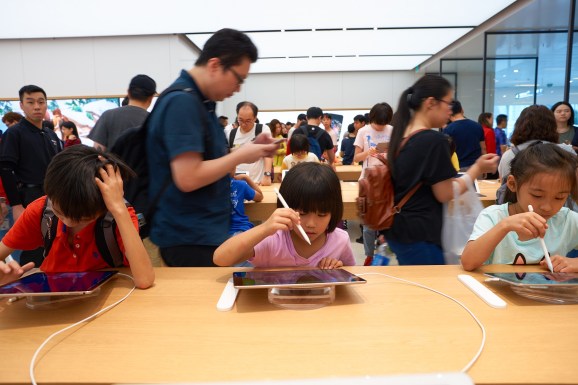 Third-party developers will be offered access to the chip in order to run their own AI, the source said.

Most A-Series chips that act as the main processors for iPhones and iPads are currently used to perform AI computation.

More news on the subject could be on the way at WWDC, the annual developer conference to take place June 5-9 in San Jose, California.

In 2013, Apple brought the M7 motion processor to iPhone 5S to operate alongside its CPU. This AI chip appears to take the same approach. Unlike Google, which has AI chips dedicated to cloud computing, Apple is apparently looking to include AI chips directly inside its devices.

The Apple Neural Engine news comes just a week after Google debuted the second generation of its tensor processing unit, a Google Cloud-based chip for both the inference and training of artificial intelligence. Also last week, Google released TensorFlow Lite for Android app developers to incorporate AI into their products.