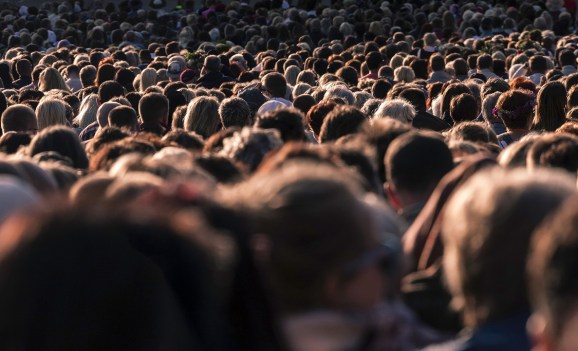 I just spent four days at two of the most important conferences in the emerging blockchain/crypto-currency space.

One was Consensus. The other Token Summit.

I had about 100 conversations with people who are at the epicenter of the blockchain wave, including one of the approximately 35 people in the world who make up the Bitcoin Core team that’s responsible for the protocol’s upkeep.

It’s going to take a few weeks or months to totally get my head around all this, but here are a few important themes I observed:

There was a unspoken sense that this thing we call Bitcoin or “Decentralization” is pretty much going to happen in a big way.

While the events were going on, Bitcoin itself was having a remarkable run-up. In fact, I wouldn’t be surprised if part of the reason for the surge was that people on the fringe of the Bitcoin world before these events drank a ton of “Koolaid’ (either by being at the events or following them online) and decided they were feeling more confident about it.

Whatever the reason, there was a sense at the events that the scaling debate had pretty much resolved itself, and people were feeling like, “Okay, if Bitcoin is going to go to $1,000,000 as Wences Casares suggests, then I should get in there.”

Ethereum still has questions to answer

Ethereum was also having a run-up during the events, and people are still bullish on it. I get the sense, though, that much of the enthusiasm around Ethereum is the fact that so many people are launching ICOs (initial coin offerings) on the platform in the hopes of making a ton of money quickly, and many of the projects they’re launching may not have a lot of potential.

So Ethereum gets props for the way it has such a bold vision, but at the same time, there are legitimate concerns about whether it can function securely and at scale. I had a long talk with Dr. Muneeb Ali from Blockstack about this. It made me wonder if Ethereum will ultimately be the dominant app platform or not.

In this market of people putting their Ethereum tokens into ICOs for decentralized startups, the funding sources are not your typical suited-up investors. Sure, some VCs are in there now, but this is truly crowdsourced (except that, by owning a token, you are member of the network versus just entitled to a product or whatever as on Kickstarter).

Here’s what surprised me about that: Based on some rough, back-of-the-envelope calculations, there are nearly 1,500 computer science students in North America at top-tier schools like MIT, CMU, and Berkeley who are likely sitting on $30-40 million worth of crypto-currency.

And, 75 percent of it is in Ether versus 25 percent Bitcoin.

These guys (18-25 ish and 98 percent male) were too late for Bitcoin but got in on the Ethereum ground floor.

There are probably another 1,000 people globally fitting this profile.

Either way, tell me: When else in human history have people in that age group had that type of investable capital available to them?

To me, that’s a seismic shift in thinking about not just HOW you get your money as a startup (ICO vs. regular funding), but also from WHOM (angels or VCs w/experience compared to college kids drinking Red Bull in their dorms).

There’s a whole opportunity here to map this network and identify its influencer trigger points. Don’t worry, I’m already working on it.

Granted, that’s only a small (but influential) fraction of the investor market. I learned that the rough size of the hard-core cryptographic community that has a lot of pull in technical debates is probably 24,000 globally at all age groups. I don’t have a full grasp of that yet — still investigating.

Almost universally, people at these events were saying just how FAST things seemed to be progressing. The rate of innovation in various blockchains and solutions was mindboggling.

I had a long talk with the people like Zooko Wilcox and Jack Gavigan of zCash (which went up by 100 percent on the day I met them due to the Chase announcement, Ed Eykholt from RChain, Wayne Vaughan of Tierion, Max Kordek of Lisk (which was fun because I had the chance to practice German), Jim Yang from Cosmos, Shawn Owen and Caleb Sale from SALT, the OpenBazaar team, and the Fermat team, including Dan Jeffries, and John Quinn from Storj.

All of them felt that this “blockchain thing” was picking up steam.

The attendance at these events seemed to support that view.

1. The Consensus Summit was spread across eight floors of the Marriott Marquis in Times Square. You don’t do that for small things.

2. The Token Summit was totally overbooked and oversold. More than 600 people. I didn’t even get to hear any panels because they wouldn’t let people in (fire hazard, I suppose). Of course, that’s a testament to the fact that William Mougayar and Nick Tomaino both get the Zeitgeist of the ICO world.

3. The Coin Center dinner was packed to the gills. (Coin Center is a non-profit research group focused on blockchain and cryptocurrencies.) Coin Center execs Neeraj Agrawak and Jerry Brito told me they had to turn away a bunch of people.

I came away with several other takeaways that I’m still processing and plan to write about over the coming weeks, including, I hope:

Finally, I’ve mentally committed to making a pilgrimage to Crypto Valley this summer in Switzerland. I’ll be going for 25 meetings over three days. I met some good folks like Guido Buigheroni from the Department of Economic Affairs in Zug who offered to assist.

I had to pay for these events, so you better believe I was going to get my ROI. I feel like I did.

For me, it was about getting as broad and deep a picture of this emerging market as I possibly could and, though it’s even more complex than I can imagine at this moment, I definitely have a slightly clearer view.