ARM is unveiling its first Dynamiq processor designs today, and the company said that the family will boost artificial intelligence performance by more than 50 times over the next three to five years.

The new family aims to spread AI processing from the edge to the cloud. The processors include the ARM Cortex-A75, which delivers massive single-thread compute performance at the high end; the ARM Cortex-A55, a high-efficiency processor; and the ARM Mali-G72 graphics processor, which expands the possibilities for virtual reality, gaming, and machine learning on premium mobile devices, with 40 percent more graphics performance. ARM’s partners are expected to launch chips in 2018.

To better handle AI processing, ARM realized that it needs to make basic changes to the computing architecture, with faster, more efficient, and distributed intelligence between computing at the edge of the network (like in smartphones and laptops) and in the cloud-connected data centers, said Nandan Nayampally, vice president and general manager of the Compute Products Group at ARM, in a blog post.

Above: ARM Dynamiq is aimed at AI processing.

ARM DynamIQ technology, which the Cambridge, England-based company first previewed back in March, represents the first milestone on the path to better AI processing by distributing intelligence from the edge to the cloud. It will use ARM’s TrustZone security technology and exploit the multi-core functionality and flexibility of Dynamiq big.LITTLE processing, which means it will combine smaller, power-efficient cores (LITTLE) and large, powerful cores in the same computing device. Such a combination allows for more flexibility in processing whatever has to be handled at any given time.

The ARM Mali-72 graphics processor is based on the Bitfrost architecture, and it’s designed for demand machine learning algorithms running directly on a device. It can also handle high-end 3D graphics for mobile gaming and mobile VR.

“I have been at ARM for over a dozen years and can’t remember being this excited about a product delivering such a boost to single threaded performance without compromising our efficiency leadership,” said Nayampally. “The Cortex-A75 delivers a massive 50 percent uplift in performance combined with greater multi-core capabilities, enabling our partners to address multiple high-performance use cases, including laptops, networking, and servers, all within a smartphone power profile.”

The Cortex-A55 follows the Cortex-A53, which came out in 2013 and, through ARM’s partners, has shipped 1.5 billion units.

“The Cortex-A55 is not your typical follow-on product,” Nayampally said. “With dedicated AI instructions and more than 2.5 times the efficiency in some use cases, the Cortex-A55 is positioned to be the world’s most versatile high-efficiency processor.” 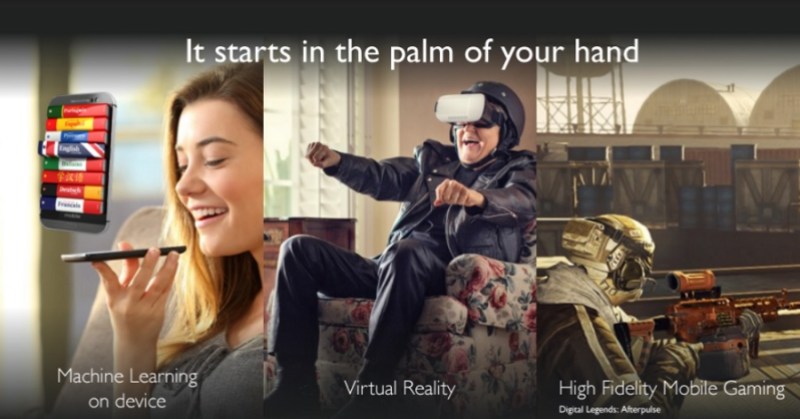 Above: ARM Dynamiq CPUs will have a wide variety of uses.