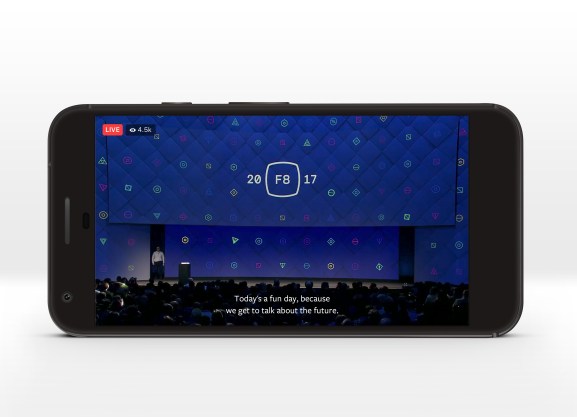 Facebook Live videos are now able to include closed captioning, Facebook announced today, granting more access to the hearing impaired. Closed captioning has been on the agenda for Facebook since April when it was first alluded to at its annual F8 developer conference.

“With this update, publishers using the Live API can now add CEA-608 standard closed captions to Facebook Live broadcasts, opening up those videos to audiences who are deaf or hard of hearing,” Facebook product manager Supratik Lahiri said in a blog post today. “People who have their captioning settings turned on will then automatically see closed captions on Live broadcasts on mobile and desktop whenever they’re available.”

The new feature is helpful to the deaf and blind, but also to people who are not hearing impaired who simply don’t have the privacy or headphones to watch a video with audio.

In March, Facebook users gained the ability to broadcast Live video from their computer and to broadcast 360-degree live video.