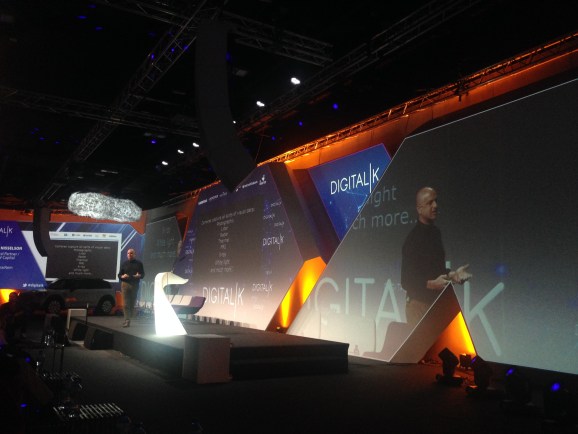 When Evan Nisselson looks at the future of the internet, it’s all about the camera.

Speaking at the DigitalK conference today in Sofia, Bulgaria, the general partner at LDV Capital explained why his firm is investing in a wide range of optical and camera-related technologies. He said that cameras, driven by artificial intelligence and connected devices, will soon become the most essential source of intelligence.

“Humans are visual creatures,” he said. “And, increasingly, our machines and software are going to be dominated by visual input.”

He pointed to Amazon’s recent release of a new Echo, which will include a camera, and Mark Zuckerberg’s recent statement that Facebook wants to turn your phone’s camera into an augmented reality platform. Apple, Google, and, of course, Snapchat are all putting tremendous resources into making the camera the centerpiece of users’ mobile and social experience.

That investment make sense, Nisselson argues, because the growing power of artificial intelligence and machine learning is letting companies harvest enormous amounts of data from those visual inputs.

But when he talks about cameras, he’s talking about more than just smartphones. Nisselson said he expects that eventually all cars and trucks will have a minimum of 16 different visual sensors and cameras as they move toward semi and full autonomy.

Other fields, such as medicine, or recreational areas like gaming, will also continue to be transformed by more powerful cameras. Under development are swallowable cameras to help with medical diagnosis and nanocameras that can be placed in the human bloodstream.

“The Internet of Eyes is going to be a lot more important than the Internet of Things,” he said. “The question is who is going to analyze all of that data. “There is a war over who owns the camera because they want to own the visual data.”