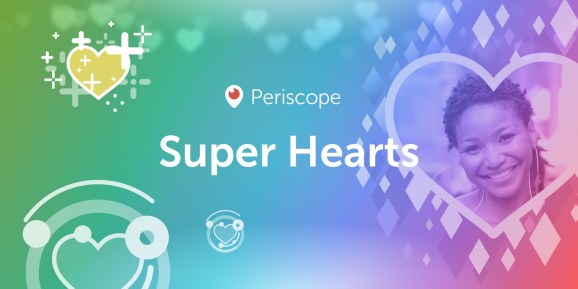 Periscope today introduced virtual gifts that can be bought, sent, and received during live broadcasts as Twitter experiments with new monetization features.

Dubbed “Super Hearts,” the feature expands on the existing ability to send hearts as a simple “like” mechanism. Now, users can tap on a Super Hearts icon that appears on the screen to select the type of heart and send it to the broadcaster.

The trick is that to start using the feature, a viewer must purchase a package of virtual coins from the App or Play stores. These are added to the Periscope account and can be reloaded when they run out. The company did not include specific pricing information about the coins.

But the move represents a new strategy by Twitter, which has been trying to overhaul its main platform to attract more uses and create more engagement.

Twitter has claimed some progress, and video has been a particularly strong area. At the same time, those moves have not translated into ad dollars. Creating a new type of monetization, even if limited, represents an interesting attempt by Twitter to diversify its revenue.

The hearts, beyond just virtual love, can increase the ranking and status of the broadcaster. As an additional incentive, Periscope is creating a “Super Broadcaster Program.” Broadcasters who are invited to participate in this program can exchange their star balance for cash.

Again, these seems to address a past criticism that Twitter did not do enough financially to reward its best content creators on Vine, a short-video service that exploded and then collapsed before eventually being shut down by Twitter.