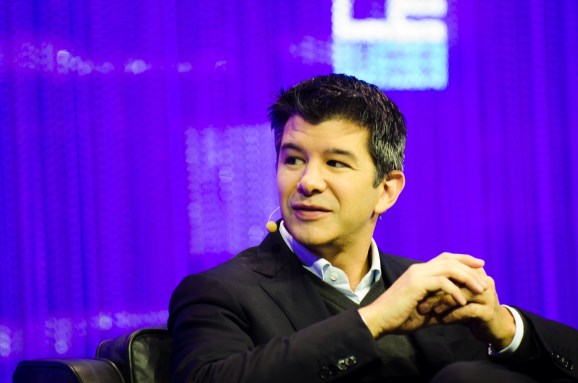 For all the plaudits that Travis Kalanick received over the years for creating disruptive ride-hailing giant Uber, the harsh reality is that he leaves behind a business that is in catastrophically bad shape for reasons that go well beyond the sexual harassment issues that forced him out.

Uber is great for many consumers, offering convenience and rides at much lower costs than taxis. And many drivers benefit as well. But it’s not clear that Uber has come close to being anything that resembles an actual, sustainable business.

For 2016, Uber reported $6.5 billion in revenue and a net loss of $2.8 billion. That is a lot. Uber has raised $14 billion in venture capital, but with Kalanick and nearly all the top management gone, who would be in a position to raise the epic amounts of capital Uber may need soon? Certainly, any thought of a near-term IPO would be impossible to fathom.

Within those numbers, it is not fundamentally clear whether Uber’s growth is driven by true innovation that lowers costs and increases convenience, or whether the company is massively subsidizing rides using its treasury in an attempt to gain marketshare.

Whatever the case, it didn’t work in China, where the company had to bail. And Uber’s facing a tough native competitor in India, where Ola has raised hundreds of millions of dollars. If Uber loses India, it’s going to have a tough time justifying that $70 billion valuation.

In dozens of other places, Uber continues to face gigantic regulatory issues brought by local officials who have been infuriated by the company’s aggressive push into regions where its legal status is not clear. The typical Uber response has been to bash anyone trying to place restrictions on the service, threaten to withdraw, and try to drum up a public campaign to humiliate regulators. Trust me when I say there are countless civil servants who felt Uber was a gigantic bully and are wearing huge grins over their coffee this morning.

All this is pretty bad stuff. But on top of it, Kalanick leaves behind a legal situation that could put a knife in the company. I’m talking about the acquisition of Otto, the self-driving truck company. We’re far from a trial on the lawsuit filed by Google’s Waymo unit. Still, the initial lawsuit was pretty damning, enough so that it forced Anthony Levandowski, the former Google employee who started Otto, to leave Uber.

If Levandowski did indeed steal trade secrets and use them to start Otto, that’s pretty bad for Uber, which acquired the company last year. Yet the lawsuit insinuates something grander: That Kalanick and Levandowski were in talks before he left Google, and that Otto was a really just a shell company the two cooked up to facilitate the taking of Waymo’s IP.

Should the latter be proven in court, the legal liability for Uber could be immeasurable. And that risk remains even with Kalanick’s departure.

Oh, yeah, beyond all these headaches, Uber also had to fire a whole bunch of folks because they made the company a hostile place for women to work. And Uber’s sudden frailty has also given new momentum to competitor Lyft.

Who in their right mind would take the CEO job at such a company?

I’m sure they’ll find someone. (Is Marissa Mayer officially on the job market? I’m serious.). But what could that person do? Here’s a few thoughts.

First, absolutely fix the bro culture crap. Next, they consider dramatically scaling back Uber’s ambitions, cutting the most unprofitable territories. Then, make nice with regulators. If there is an upside to all of this, a new CEO has the chance to hit the regulatory reset button and adopt a conciliatory attitude.

And finally, quickly try to settle that Waymo lawsuit. Quite likely, the revelations can only get more embarrassing. One way to do that might be to shut down all of Uber’s self-driving car units and sell or give them to Waymo. Such research makes for fun viral videos, but the reality is that self-driving cars are a decade or more away from having any meaningful impact on Uber’s business. Its interest in this area always seemed more ego-driven than a strategic imperative.

None of this may be enough. Uber could be headed toward the most epic collapse of any startup in history. The person who helps the company avoid that fate and soldier on would become a Silicon Valley legend.