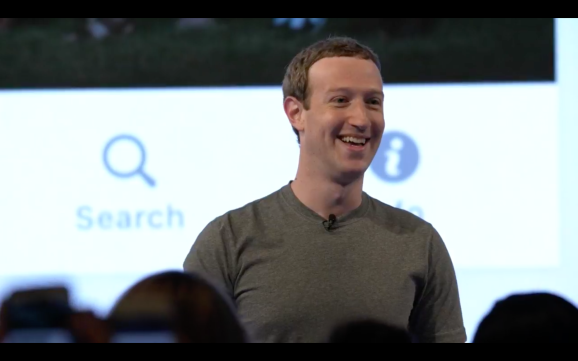 Mark Zuckerberg onstage at the Facebook Communities Summit on June 22, 2017.

Facebook may have a tweaked, slightly different mission, but it still has a lot of work to do to address some of its failings. Last week, Facebook began publishing a series of posts to explore hard questions about the platform’s shortcomings when it comes to things like fake news or not doing enough to remove terrorist groups and hate speech content. Separately, a Buzzfeed News analysis also last week found that at least 45 instances of rape, child abuse, killings, and other criminal acts of violence were broadcast on Facebook Live since December 2015.

The topic of community has been a focus for Zuckerberg this year. To start 2017, he set a New Year’s resolution to visit people in all 50 U.S. states, then in February he wrote a lengthy post titled “Building Global Community.” Nearly 6,000 words long, the letter acknowledges that “giving everyone a voice” has consequences.

He would return to the topic again last month while delivering the commencement address at Harvard University. In the speech, he implored graduates to create a world where everyone has a sense of purpose, and that part of the way to do that is by building community.

Along with a changed mission — announced today at the first-ever Facebook Communities Summit, a gathering of Facebook page administrators held today in Chicago — came changes to how group admins can use the platform, according to a blog post by Facebook VP of engineering Kang-Xing Jin.

Among new features being added for Facebook Groups, analytics are now available to tell admins things like how often people post and the busiest times of day. They can also accept or decline group membership requests in batches based on location, gender, or other factors.

Facebook group admins may also schedule posts now. And if they choose to remove a group member, they can also remove all of that person’s previous posts, comments, and other interactions.

You can’t help but root for a company that wants to bring people closer together and empower the world, but Facebook has to embody its new mission and genuinely address and resolve its shortcomings.