Chinese bike-sharing behemoth Mobike announced it has moved into a major new market with the launch of a subsidiary company in Japan.

The news comes hot on the heels of a mammoth $600 million raise, which took the startup’s total funding since it was founded out of Shanghai in 2015 to more than $900 million, with backers including Tencent and the Chinese affiliate arm of Silicon Valley’s Sequoia.

Mobike, for the uninitiated, is one of a number of bike-sharing startups to emerge in recent times. The company provides cities with chainless bikes that sport puncture-proof airless tires and an anti-rust aluminium frame for durability. The company also provides the technology platform, including mobile apps and QR codes, which users scan to unlock the GPS-enabled smart-lock with their mobile phones. 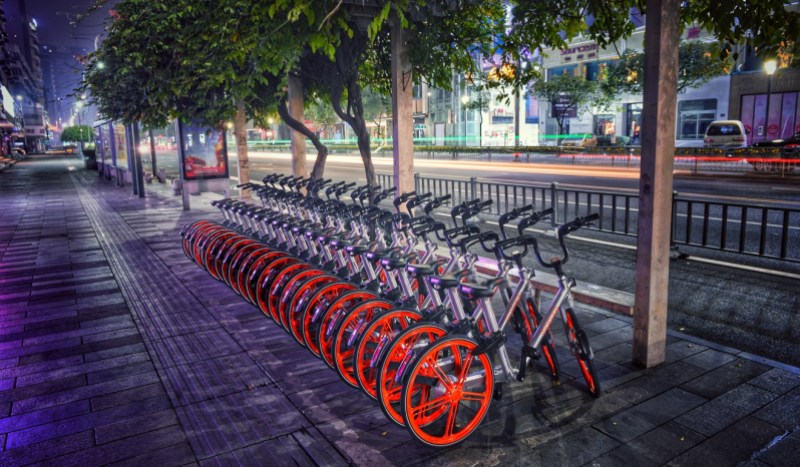 In its short life so far, Mobike has mostly been available in cities across China, but it arrived in Singapore back in March and earlier this month it revealed plans to enter the U.K. at the end of June, with additional European markets to follow.

The Japan launch represents a major new market for Mobike as it looks to establish a global presence ahead of other companies already operating in the space. Rivals include China-based Ofo, in which Didi Chuxing invested “tens of millions” back in September — Ofo went on to close a whopping $450 million round a few months back. Over in the U.S., LimeBike recently raised $12 million in a round of funding led by Andreessen Horowitz.

Through its subsidiary, Mobike Japan Ltd, Mobike said that it plans to work with local governments to begin rolling out its service in Japan later this year, starting in Fukuoka city.