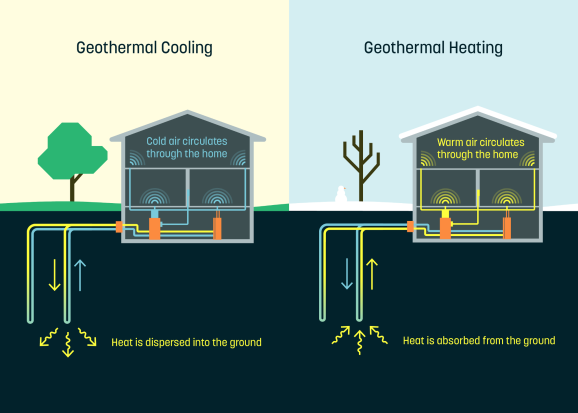 Dandelion, a maker of geothermal systems for homes that was incubated inside Alphabet’s X, said it raised $2 million in a seed round led by Collaborative Fund.

ZhenFund and Borealis Ventures also participated in the round, which will be used to launch the company’s sales and operations.

Dandelion spent two years inside X, Alphabet’s so-called moonshot factory, researching ways to make geothermal systems more affordable and accessible to homeowners. Buildings account for 39 percent of carbon emissions, with most energy used to heat and cool them. Dandelion says its systems will be cheaper than fuel or propane heating and will cost half what existing systems do.

“We started this project because we realized millions of homeowners are using expensive, truck-delivered fuels because they don’t have access to better options today,” Dandelion CEO Kathy Hannun said in a statement. “We knew if installing a geothermal heat pump was a simpler and more affordable process, these homeowners would have access to a better product that’s also better for the climate.”

In a blog post, Hannun explained further how the company developed its geothermal system.

We began prototyping and testing all sorts of ideas, like modifying a jackhammer that could burrow itself into the ground; freezing the ground with liquid nitrogen and chipping the soil away with a hammer; and even using a high pressure water jet to obliterate the ground at rocket speeds. After months of testing, we hit upon a design for a fast, slender drill that hit our objectives. It could drill just one or two deep holes just a few inches wide, and compared to typical installation rigs, it produced less waste and took up much less space as it operated.

Dandelion is signing up customers in New York and arranging partnerships with local heating and cooling installers. The company has also set up a program to allow homeowners to finance installations.

Alphabet’s X incubates technologies that aim, in its words, to “solve huge problems that affect millions of people.” Other X projects include Loon, a network of balloons bringing internet access to remote regions, and Makani, a wind turbine that can withstand stronger winds. Google also offers Project Sunroof, a search engine that finds local solar installers, in the U.S. and Germany.