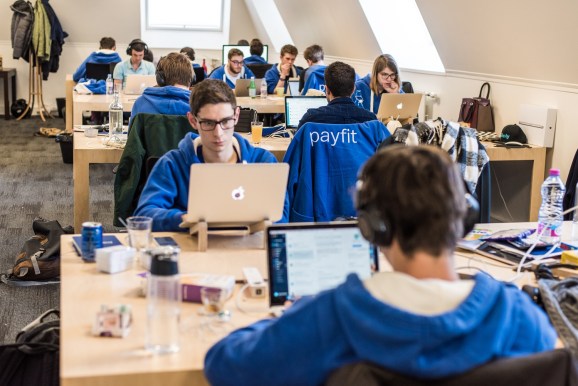 Updated July 6 at 2:34 p.m. to correct timing of Zenefits’ CEO departure and its market focus.

Human resource startup PayFit has raised a new round of funding to expand its service outside of France.

The company said it will start with the European market, followed by a global expansion. The latest round includes money from Accel, French telecom entrepreneur Xavier Niel, and Otium Venture.

PayFit offers a cloud-based service to simplify payroll for small and medium-sized business. Since launching just a year ago, the company says it has signed up 600 clients and hired a team of 40 people. It expects to double the number of staff by 2018 as it rolls out across Europe.

“With this new funding, we will be able to begin a new chapter and accelerate technologically and commercially, attracting larger companies,” said Firmin Zocchetto, cofounder and CEO of PayFit, in a statement. “This funding gives us the fire power to quickly expand in the European market, where there is a significant opportunity for our technology, due to the complexity in HR that certain countries face.”

Of course if this continues beyond Europe to the U.S., it would seem to put PayFit on a collision course with U.S. startup Zenefits. While PayFit has raised about $22 million, Zenefits has amassed a war chest of $583 million in venture capital.

On the other hand, Zenefits has been mired in controversy over the past two years as its founder was forced out amid fraud allegations. He was replaced by David Sacks, who implemented an aggressive strategy to restore the company’s credibility, but announced last December he would be leaving.