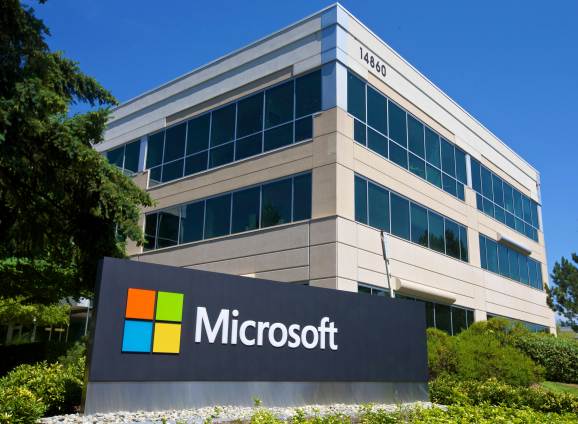 Microsoft’s hybrid cloud effort pushed forward today, with the company announcing at its Inspire partner conference that customers can now order machines that run Azure Stack. The hardware, which has been produced in a partnership between Microsoft and server manufacturers, will essentially let customers run private instances of Microsoft Azure in their own data centers.

The system is designed for customers who want to maintain parity between their on-premises and public cloud deployments so that developers can get access to the same services that they’re used to in the public cloud while staying behind the firewall.

Microsoft also revealed how it will charge customers for their use of the Azure Stack software. Instead of paying for one lump software license, customers will be billed by their use of Azure Stack’s compute and platform services.

Compute charges start at .8 cents per virtual CPU per hour and go up from there, while storage starts at .6 cents per GB per hour. Those charges will be included in customers’ invoices for their overall use of Microsoft’s public cloud platform.

The exact pricing for Azure Stack hardware, including support contracts, will be up to each individual manufacturer. Microsoft is working with Dell EMC, Lenovo, HPE, Cisco, and Huawei to make the hardware available, and the first machines should be available in September.

This milestone is good news for Azure Stack. Microsoft announced at its partner conference last year that the software would be delayed as part of a shift toward packaging it with partner hardware. Azure Stack was originally conceived as a software package that would run on any servers that met its software requirements, but Microsoft shifted away from that plan last year.

What will be interesting to see is how the launch of Azure Stack affects Microsoft’s fate in the overall public cloud market. Microsoft is the only company among its largest competitors to offer this level of consistency between on-premises and public cloud environments, but it’s not yet clear if that will draw customers away from the likes of Amazon Web Services and Google Cloud Platform.

Those companies still offer extensive support for hybrid cloud deployments through services like AWS’ partnership with VMware, so it’s not as though Microsoft is the only company with a hybrid cloud strategy.

Microsoft also isn’t the only company to try offering customers cloud-consistent hardware and software. Oracle has been throwing its weight behind a set of Cloud at Customer machines that let customers install the same hardware in their data centers as in Oracle’s public cloud.

Customers who want to kick the tires on Azure Stack without paying for hardware will be able to use the Azure Stack Development Kit, which lets users install the software on their own hardware for testing.

On top of the hybrid cloud news, Microsoft also announced that it would be doubling down on its Azure co-sell program for partner software. That program pays Microsoft sales representatives for helping close deals involving partner software that runs on Azure. In the program’s first year, it helped drive over $1 billion in annual contract value for partners.

Microsoft will also be creating a new Channel Manager role within the company. People in this job will be tasked with supporting partners’ sales and marketing efforts.

The company has also made it easier for partners to integrate Microsoft services into their products, with an ISV Cloud Embed offering that lets partners use parts of Dynamics 365, Power BI, and other services within their applications.