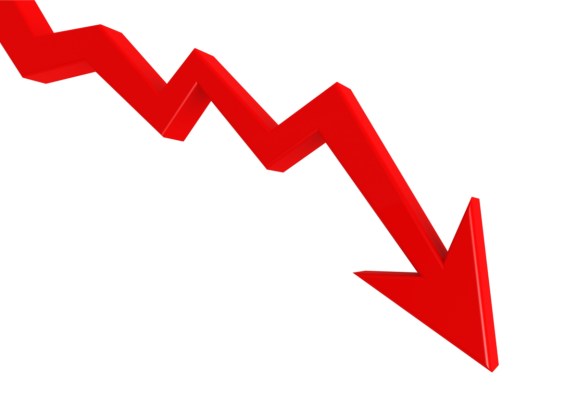 Anyone following the cryptocurrency market over the past few months has seen the spectacular rise and pretty dramatic fall of the value of an Ether. The currency rose from the $100 range to the $400 range from May to June; and from June to July we’ve seen it drop back down to the $200 range. The question is, why is this happening now?

With over $500 million worth of Ether raised in initial coin offereings (ICOs) during June alone and a feature on the cover of Forbes, the market has reached fever pitch.  What we are now witnessing is the other side of this phenomenon.

Here are four reasons for the drop:

1. Post-ICO startups are cashing out to reduce risk

These projects have costs. And, for now, those costs are in fiat currency.

Let’s assume for the moment that the startup projects are not scams or pump and dump schemes (I’ll get those a bit later). Still, these projects have to get actual money to pay for stuff and, thanks to blockchain, we can see it all happening. So when EOS decides to deleverage some of its ETH risk, everyone knows about it.

And when Tezos, which I predicted would raise $250 million (it was just a little bit under that), completes a record-setting crowd sale, it will do what anyone does: reduce risk.

Scale this out to every project and assume for a moment that every ICO is going to take 10-20 percent of its ETH “off the table” and put it in fiat to avoid the “crash that everyone knew was coming, but didn’t know when,” and now you have $50-100 million worth of sell orders coming in at the same time. That’s a decent percentage of the market moving in one direction at once. And that’s just the ICOs from June.

But wait, as they say, there’s more.

2. And they’re cashing out to buy technical talent

Remember why all of these projects are raising money. For the most part, it’s to find talent to help build the vision.

The challenge? Blockchain technical talent is in ridiculously short supply. Combine that with very high demand and you have market forces that my nine-year-old can explain.

3. New investors have come in — with shorter timeframes

I’ll throw one other possibility out there. The advent of new types of investors in the space.

Over the past few months, we’ve seen an explosion in the value of the crypto-market. As a result, any money manager worth his/her salt wants to get “in on the action.”  Everyone wants to be Olaf.

It’s not surprising that Forbes recently profiled 15 New Hedge Funds that Want In On 84,000% Returns. That’s just the tip of the iceberg.

The more “professional” traders are thrilled with month/month returns that ETH and the others are yielding, so naturally they are going to take profits as well. They don’t have the HODL (Hold on For Dear Life) perspective that many of the O.G.’s (Original Gangsters) in the space have.

4. “Pump and dump” startups could be taking a toll

Among all of the serious blockchain startups conducting ICOs, there are a number of others that are either unprepared for real company-building or that never intended to build a legitimate company in the first place. In these cases, the ETH pumped into an ICO is likely to be cashed out quickly. With the current lack of regulation in the ICO space, it’s too easy for malicious players to abuse the system and for undermotivated or unprepared startups to simply give up and cash out.

The shakeout was inevitable — keep calm

Everyone in the industry knew this time was coming. It could not last. What has been surprising from the beginning is just how quickly this entire industry has moved in the past 18 months. Adding in the uncertainty around the Bitcoin scaling debate and the August 1st potential fork as well as Ethereum’s own scalability issues and you can create a lot of fear, uncertainly, and doubt in the marketplace.

It’s definitely a trying time. Still, the trend of decentralization is here. It’s arrival — at least in my opinion is inevitable.