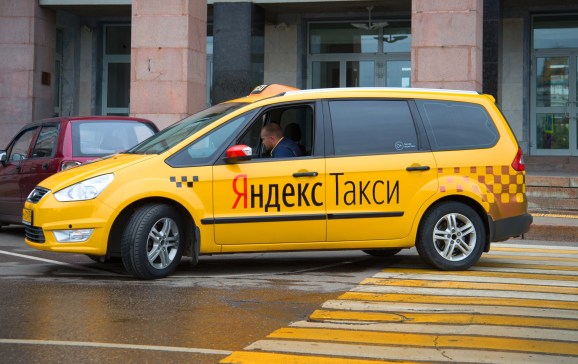 As the dust settles from the momentous merger news that will eventually see Uber and Yandex form a new ride-sharing company covering six Eastern European markets, it’s worth taking a moment to dig down into the finer nuances of the deal.

We’ve already looked at how the partnership will help expand Yandex’s global footprint, but specific to the handful of countries where the new joint venture will operate, there was one conspicuous absentee: Ukraine, which claims a population of more than 45 million people.

The new Yandex / Uber combined unit — which is tentatively called “NewCo” but will eventually get a proper name — is going to operate in Russia, Azerbaijan, Belarus, and Kazakhstan, where Uber and Yandex.taxi both operate already, as well as in Armenia and Georgia, which will represent entirely new markets for the Uber platform.

So why not Ukraine, which on the surface fits into the duo’s broader plans for the region? Well, it all comes down to politics.

Uber kicked off its Ukrainian operations in Kiev last June, while Yandex.taxi threw its hat into the ring there in November. However, with political tensions mounting between Ukraine and Russia, Ukrainian president Petro Poroshenko in May imposed sanctions on a number of Russian technology companies — including Yandex. A couple of weeks later, the Ukrainian Security Service (SBU) raided Yandex’s offices in Kiev and Odessa, alleging that the company had been illegally collecting Ukrainian users’ data on behalf of Russian security agencies. Shortly after Yandex’s Ukrainian adventure was cut short, Uber reportedly raised its prices there.

At any rate, NewCo will be 59.3 percent owned by Yandex, which is why Uber will continue to go it alone in Ukraine under its own brand — it’s just too risky trying to launch a Yandex-backed venture in the country.

As an aside here, Uber’s decision to jump into bed with a major Russian tech company could isolate Uber from customers in Ukraine if the opinions contained in some tweets are a template for sentiment across the country.

Dear @Uber: just so you are prepared, you are gonna lose a lot of customers in Ukraine after your decision to merge with Yandex in Russia.

This could ultimately be good news for other local players, such as Estonia’s Taxify, an Uber clone that launched in Ukraine last year.