Perennially popular city transport app Citymapper is ramping up its efforts in the hardware realm with the launch of its first proper commercial bus service.

The London-based company first started trialling its own smart bus and transport service in London back in May, serving a limited circular route in the heart of the city. Similar to traditional buses, Citymapper’s green own-brand incarnations followed a pre-set route, with passengers able to jump on and off at bus stops.

While the vehicles (there were two variants) came with all the typical trappings of a standard bus, including driver, bells, wheels, and the like, they also boasted some technological smarts, including a large screen that shows riders where they are in real time. Travellers were also encouraged to charge their devices via the built-in USB charging ports. 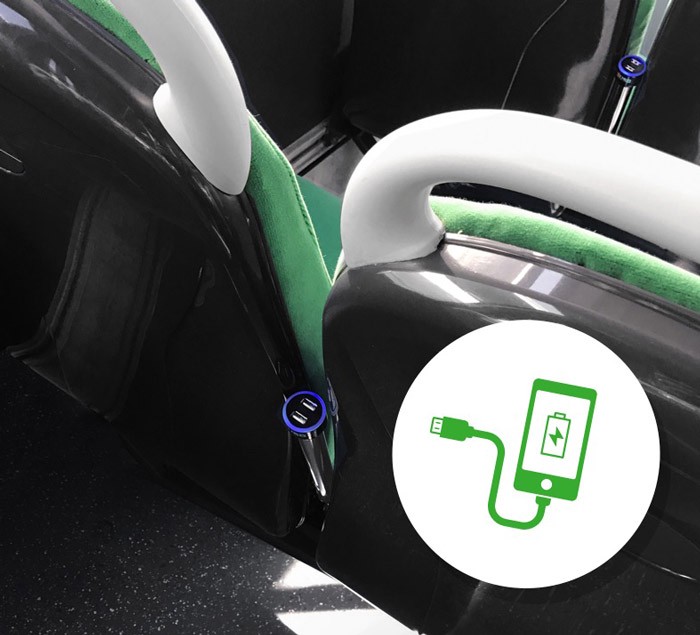 The initial tinkering was entirely experimental, and, importantly, the company wasn’t licensed to operate commercially — meaning the service was offered for free. Citymapper has now been approved and fully licensed by Transport for London (TfL) to launch its first commercial bus route, the CM2, which will serve East London on the weekends from 9 p.m. to 5 a.m, starting in August.

If you’re unfamiliar with Citymapper, it’s basically a mobile app that rose to prominence in London with its user-friendly interface that merges multiple transport options to help you find the most effective route to reach your destination. Since its launch back in 2011, Citymapper has landed in dozens of cities globally, including New York, Boston, San Francisco, and Tokyo, and it has gone on to raise around $50 million in funding.

Similar to Uber, which on the surface is a ride-hailing service but is in fact a giant repository for urban mobility data, Citymapper can see how its users travel around and identify areas where public transport services are perhaps lacking.

And this is the ultimate point of Citymapper’s endeavor. At the moment, Citymapper is simply plugging a gap it has identified for night owls in East London, but the bigger picture is all about leveraging data — smart displays that show where the bus is now and where it’s heading, and plans to introduce real-time passenger counting so it can always know — and communicate to the world — how much space there is on the vehicle.

Live data from the bus will also display within the Citymapper app, and the company has promised to share this data with other third-party services, similar to the way public transport authorities already do in many cities.

Data is the name of the game these days, and myriad smart city projects around the world are doing something similar to improve transport and infrastructure for the public. Uber has partnered with cities such as Boston to offer trip-level data that helps establish traffic patterns and inform road improvement decisions, while GPS data from etaxi platforms is also being collected in developing markets to improve road conditions. And Chinese etaxi titan Didi Chuxing is allowing its data to be meshed with smart traffic light systems to ease road congestion.