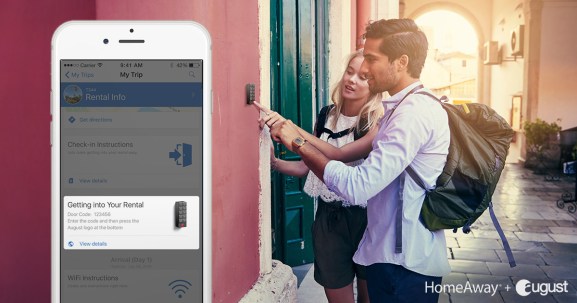 August Home, the company behind the home-access system that uses smartphones to lock and unlock doors, has raised $25 million in a series C round of funding from existing investors Bessemer Venture Partners, Comcast Ventures, Maveron, and Qualcomm Ventures, with new investors joining the mix including Australian utility company AGL, Liberty Mutual, and private equity fund SPDG.

The round takes August’s total equity financing to $75 million. With its latest cash injection, the company said, it plans to “expand operations” and extend its products and services, which include a Wi-Fi-enabled doorbell camera that lets homeowners see who’s at the door remotely.

Founded out of San Francisco in 2012, August has entered some notable partnerships with other tech firms, including Google, which recently revealed that August’s locks were now compatible with Google Assistant, and Airbnb, which has been a partner since 2015, letting guests access properties without requiring a physical key. Vacation rental marketplace HomeAway announced a similar deal with August a few months back.

“I am incredibly proud of the work that we have done to establish the August smart lock as the category leader and to partner with like-minded category disruptors that are using technology to bring innovation to the home,” noted Jason Johnson, cofounder and CEO of August Home. “This investment will allow us to capitalize on the opportunity ahead of us — to bring quality products and secure in-home delivery to the masses.”

August claims that its sales have tripled over the past year, with more than 260 million “lock operations” and 500,000 users.