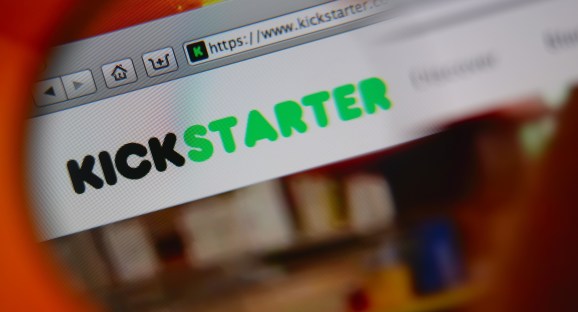 Yancey Strickler, cofounder and CEO of Kickstarter, has announced that he’s stepping down from the crowdfunding giant later this year. A hunt for his replacement is now in motion.

Strickler is one of three Kickstarter founders, having replaced former CEO Perry Chen in early 2014, and designer Charles Adler, who left the organization in 2013. Prior to becoming CEO, Strickler served in a number of positions at the organization, including community support, evangelist, and team-builder.

“Since 2014, when I became CEO, we made several great leaps: tripling the total dollars pledged to projects, launching Kickstarter to creators in 16 countries, and building an exceptional team of leaders at every level,” Strickler said, in a blog post. “Now we’re looking for someone who can push us to make our next great leaps.”

Founded out of New York in 2009, Kickstarter has emerged as the poster child of crowdfunding, facilitating more than $3 billion in pledges across myriad projects, such as the now-defunct Pebble smartwatch, which brought a number of products to market via Kickstarter. Earlier this week, the company hit a new milestone: 100,000 independent creators have funded their projects with Kickstarter.

Though Kickstarter counts some big-name investors, including Union Square Ventures, Jack Dorsey, Chris Sacca, and Zach Klein, it has never revealed specifically how much outside funding it has received. And back in 2015, Kickstarter morphed into a public benefit corporation with ethics built into its constitution. Indeed, this allowed it to protect its for-profit credentials while addressing the needs of the wider society, rather than just answering to its shareholders.

Strickler has given no reasons for his decision to step down, but with all three original cofounders out (N.B. Chen continues to serve as chairperson), it will raise some questions not only about the current health of the organization but also about its future direction.

With a view toward quashing any doubts about the future, Strickler noted:

2017 will be our eighth straight profitable year. Great stuff is cooking in the oven. Being the CEO of Kickstarter is an unreal opportunity for someone with a deep connection to creative projects, someone who doesn’t believe in putting profit above all, and someone who’s excited by the challenge of building on a successful business that’s oriented to the long term.

In truth, nine years is a long time to be at any company, so it could just be that he is looking at new horizons — he did note that he will be “getting up to some new projects” in the future.