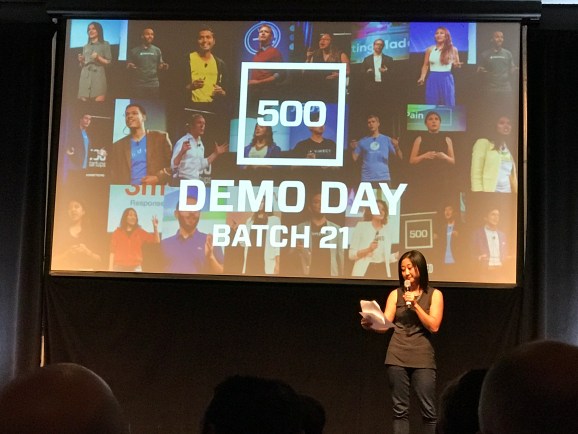 500 Startups is unveiling its new batch today — but the focus isn’t on the pitching entrepreneurs. All eyes were on Christine Tsai, the firm’s cofounder and newly appointed CEO, as she took the stage before an audience of seasoned VCs and inquisitive reporters.

Her chipper tone and bantering mood quickly faded as she began to address the elephant in the room. About a month ago, her cofounder, Dave McClure, faced very public charges of sexual harassment, which came to light in a New York Times piece.

Tsai started off by acknowledging that many brave women have risked their careers to come forward, adding that “500 wants to be a part of the solution in ending sexual harassment.”

She went on to thank entrepreneurs and VCs for their support and underlined that 500 Startup’s mission is much bigger than one person. She did name her cofounder, Dave McClure, referring to his recent resignation, but was very careful in her choice of words.

But her encouraging message failed to answer the question on everyone’s mind: Why hadn’t she and the firm’s team come forward about this earlier? In a recent blog post, Tsai wrote that McClure had been sidelined a while ago and that his operational functions had been significantly reduced. So why wait for the news to break before making a statement?

VentureBeat reached out to 500 Startups for comment but was told Tsai isn’t taking any questions at this stage. Dave McClure wasn’t present at the event, and a spokesperson confirmed that this was the first time he had been absent from a 500 Startups demo day.