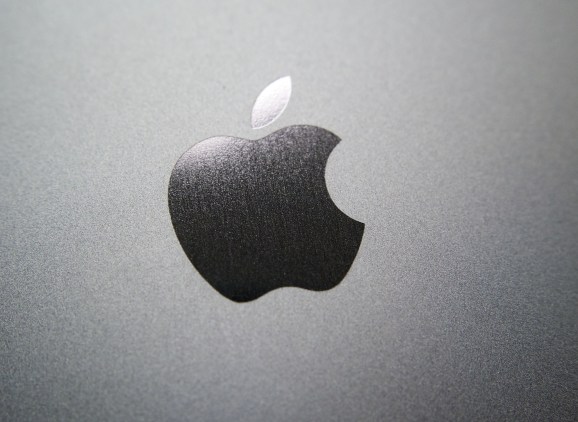 Apple may still be mostly about selling gadgets, but its surging services business continues to lead the company’s growth.

The world’s most valuable company reported revenues of $45.4 billion on Tuesday for the three months ending June 30, an increase from the $42.4 billion it reported for the same period a year ago. That topped the consensus analyst estimate of $44.49 billion in revenue.

But while iPhones, Macs, and (gasp!) iPads also saw small gains in units sold, revenues from the company’s Services category grew 22 percent in the quarter to $7.266 billion. Services includes revenue from the App Store, Apple Music, AppleCare, and Apple Pay, among others.

The company said it sold 41.026 million iPhones in the quarter, up 2 percent from last year when it sold 40.4 million iPhones. Those sales topped analyst estimates of 40 million.

Still, it was clear that Services has become the star.

“With revenue up 7 percent year-over-year, we’re happy to report our third consecutive quarter of accelerating growth and an all-time quarterly record for Services revenue,” said Tim Cook, Apple’s CEO, in a statement with the earnings release. “We hosted an incredibly successful Worldwide Developers Conference in June, and we’re very excited about the advances in iOS, macOS, watchOS and tvOS coming this fall.”

Apple still clearly has its challenges. Revenue dropped again in China 10 percent year over year, the sixth straight quarterly decline as the company struggled against that country’s homegrown smartphone makers.

And while the company sold 15 percent more iPads in the quarter, revenue increased just 2 percent, suggesting the company was succeeding by pushing more lower-cost models.

Still, that may not be a bad strategy if more iPads gets more people buying Services.

In the category of “Other,” revenue was up 23 percent to $2.735 billion. This category includes Apple TV, Apple Watch, Beats products, iPod, and Apple-branded and third-party accessories. That was likely driven primarily by what Cook revealed was a 50 percent increase in Apple Watch sales in the quarter compared to last year, though he did not give specific numbers.

There was no immediate word in the earnings press release about the next iPhone. But the company offered guidance that seemed to put to rest some fears and rumors that the next iPhone might not go on sale in September.

Analyst consensus forecast for Apple’s fiscal year 2017 Q4, which ends September 30, was $49 billion in revenue. In the earnings release, Apple nudged that up slightly to suggest a range of $49 billion to $52 billion.

Typically, the company holds a press event the second week of September, and the new iPhones go on sale later in the month. That means they tend to have only a small impact on Q4 earnings.

But the slight increase in projections by Apple was being greeted by investors as a clear sign that the iPhone 8 is on track to be released next month.

That’s critical because the anticipation is that the iPhone 8, or whatever the 10th anniversary smartphone is going to be called, will be a huge leap forward in terms of features and design and will generate a new round of record sales.

That’s why Apple’s stock price has continued to set records in recent months, even as its overall sales have remained relatively flat over the last two quarters.

Overall, investors were clearly thrilled with the performance in Q3 and the optimistic outlook. Apple’s stock closed on Tuesday up $1.32 to $150.05. But after the earnings release, it shot up 5.09 percent in after-hours trading to $157.69.

A conference call with executives is scheduled to begin at 2 p.m. PST.