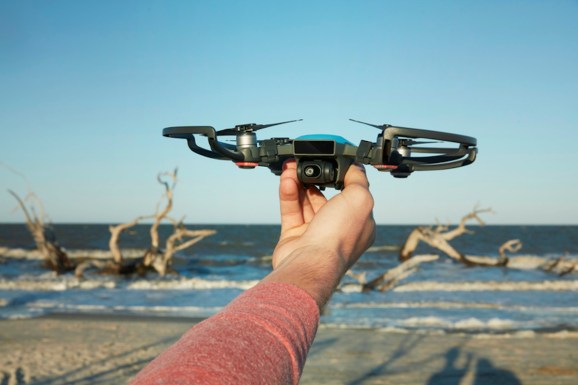 The privately held Shenzhen-based company is speeding deployment of a system that allows users to disconnect from the internet during flights, making it impossible for flight logs, photos or videos to reach DJI’s computer servers, Brendan Schulman, vice president of policy and legal affairs at DJI, said in an interview.

The security measure had been in the works for several months but DJI said it is bringing it out sooner than planned because of an Army memo earlier this month that barred service members from using DJI drones.

DJI said it has not had any communication with the Army about the issue. The Army had no immediate comment. The other branches of the military have not banned the use of drones by DJI, the largest consumer drone maker with millions of the devices sold.

Some drone pilots choose to share images and video with DJI, which makes them visible on its SkyPixel website. But many businesses and government customers have raised concerns about sensitive video and pictures – such as movie footage or images of critical infrastructure – and want to ensure it is never sent to DJI, he said.

DJI said it does not collect images, video or flight logs from users unless they share them. But turning on the new “local data mode” will prevent accidental syncing with DJI’s servers. Its drones do not rely on an internet connection to fly.

Cutting the link between the internet and DJI’s controller apps that run on tablets and mobile phones will disable updates of maps, flight restrictions and other data that the controller application receives from the internet while the drone is in use, he said.

Schulman said DJI plans to make updates to its controller applications available by the end of September, earlier than previously planned. The new apps with local data mode may not be available in all countries if there are regulations that require pilots to have the most updated maps and information.

DJI had about 70 percent share of the global commercial and consumer drone market, analysts at Goldman Sachs and Oppenheimer estimated in 2016.

Goldman analysts estimated the market, including military, to be worth more than $100 billion over the next five years.