Fusion Guitars, a company that’s seeking to bring the humble electric guitar into the modern digital age, has today launched its much-anticipated instrument to the public.

The eponymously named Fusion Guitar is a normal electric guitar in just about every sense, except it comes with a built-in 20 watt amp, HD speakers, headphone jack, and a dock to integrate directly with your iPhone or iPod touch.

The Fusion Guitar first opened for preorders through Indiegogo back in 2015, receiving nearly $500,000 in funding — or more than 1,000 percent of its goal. Nearly two years later, the Fusion Guitar is finally available to buy in the U.S. for $1,399 — with a choice between two models: maple or rosewood.

While the Fusion Guitar is far from the first to sport a built-in amp and speaker, the company has attempted to create a portable “all-in-one” instrument that morphs easily into a recording studio in what it claims to be the “world’s most advanced electric guitar.”

The Fusion is compatible with the iPhone 5 and higher, as well as the iPod 5th generation and up. Those concerned about Apple’s shape-shifting antics on future iPhone models are assured that the device will still work with Fusion’s guitars, given that the docking stations on the guitar can be switched out.

The Fusion Guitar won’t support Android devices, which will hugely limit its target market. But as the company explains in its FAQ section:

The guitar will work with most iOS apps that have been built to record and edit audio, though the company seems to be pushing IK Multimedia’s Amplitube, an app that serves up loops, effects, and other tools used to hone a track. 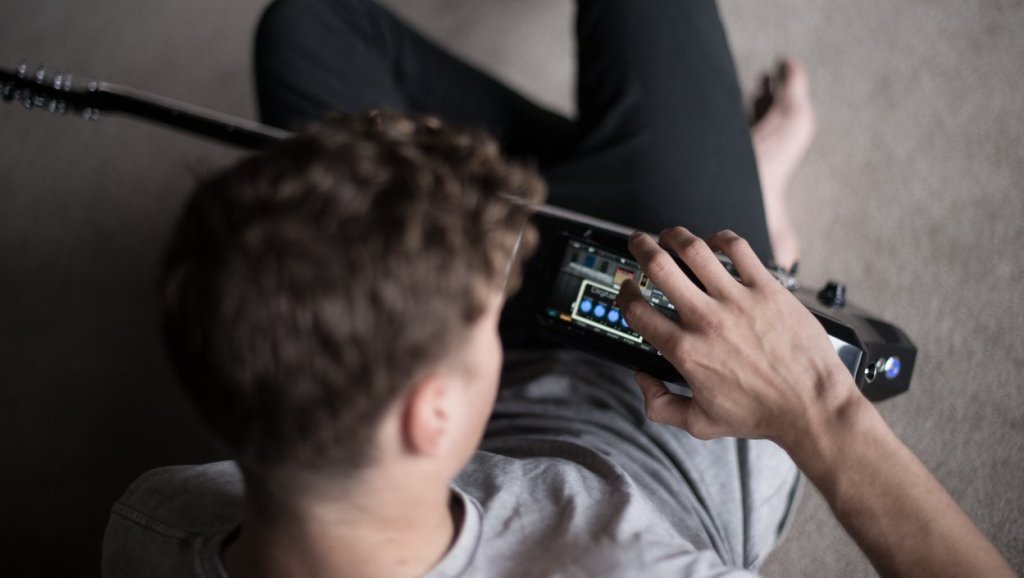 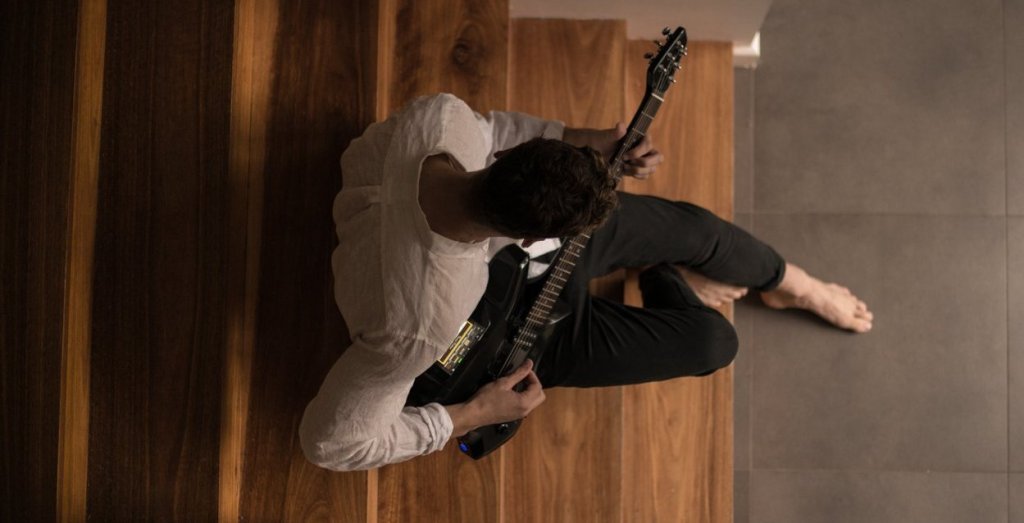 Each guitar also comes with a lithium-ion battery that promises up to six hours of power on a single charge, and it ships with a padded carry bag.

The Fusion Guitar was two decades in the making, according to the Australia-based founder, designer, and musician Dave Auld, who says he built the first prototype 20 years ago and continued refining the product through the arrival of smartphones and guitar apps.

“My life has been about music and my quest to create the ultimate electric guitar,” said Auld. “We designed the Fusion Guitar to be the 21st century guitarists’ gateway to enjoyable musical expression anywhere and anytime. Combining the Fusion with iOS guitar apps unleashes amazing possibilities for learning, creating, performing, and sharing music.”