Intel released data on its hiring and promotion of women and underrepresented minorities as it approaches the halfway mark for an ambitious plan to reach full representation of the groups by 2020. The numbers show the company is on track to have the same proportion of women and underrepresented minorities on staff as exist in the U.S. technical population, but that doesn’t mean the progress is easy.

Women, African Americans, Native Americans, and Latinos are scarce in tech, and Intel wants to change that with aggressive hiring and promotion plans. And Intel could hit that goal two years early if the current trends continue.

The report comes out amid a tumultuous time for diversity. Google fired white male engineer James Damore because he wrote a 10-page diversity memo that suggested that women might not fit in tech roles because of biological reasons. Google CEO Sundar Pichai said that Damore violated the company’s code of conduct by advancing harmful gender stereotypes in the workplace. 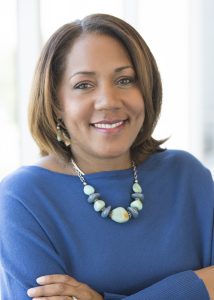 Alt-right groups cried foul, saying Damore was censored, while he insists that he does not support the alt-right and was trying to find a middle road for an honest diversity discussion.

Also in the news: Intel CEO Brian Krzanich resigned from Trump’s manufacturing council because the president was slow to condemn hate groups for violence in Charlottesville, Virginia over the weekend. Krzanich blamed a “divided political climate.”

Intel said in its report, “Our progress is on track, but there are still many areas in which we need to improve.”

In December 2014, Intel’s gap to full representation was 2,300 employees. Today, it is 801 people, a 65 percent improvement, said Barbara Whye, who took over as chief diversity officer in April. Intel is still short of its goals in achieving full representation of African Americans in technical roles, Whye said.

“We also know retention must remain a key focus,” she wrote.

In 2015, Intel pledged to devote $300 million to its commitment to diversity, and it has announced a new $4.5 million grant program in support of science, technology, engineering, and math (STEM) pathways programs at historically black colleges and universities.

Intel is in the progress of training 13,000 managers worldwide, with a focus on inclusion and leadership. Whye noted that while women are 50 percent of the population, the population of early-career technical females is about 26 percent. That is where Intel has set its target for “full representation.”

White and Asian males continue to represent more than 90 percent of mid-to-senior technical roles. Beyond the diversity numbers, Krzanich said in his blog post, “We can dedicate ourselves to creating a space where everyone feels included and respected. Technology companies have talked about diversity for years, but the data show that progress has been slow.”