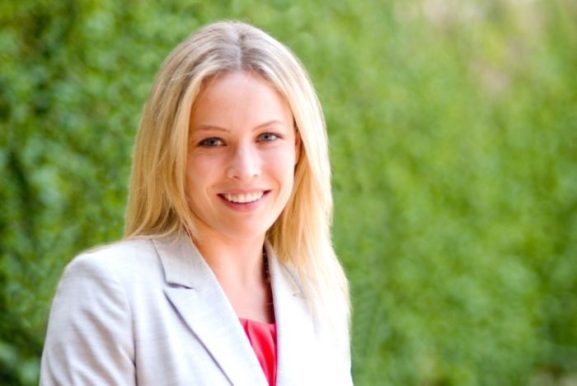 Carolyn Finch is the CEO of Powerhouse, an agency that aims to address the gender gap in tech and reduce female turnover rates on the employer side.

Despite ongoing initiatives to boost women and minority tech entrepreneurs, the diversity gap remains tough to close in the tech industry. While the barrier of entry, including access to education, has opened the doors of STEM fields to more people, retention of women is at an all-time low. In the high-tech industry, women’s quit rate, at 41, is almost twice as high as men’s, according to a recent study. Employers have issues retaining female employees partly because they were less likely to be offered opportunities for training and development, as well receiving less support from managers.

“Studies suggest the drop-out rate is due to the ‘lone wolf syndrome,’ where over the course of the first year, women are working as perhaps the only female on their team,” says Carolyn Finch, CEO of Powerhouse, an agency that aims to address female turnover rates on the employer side.

“This cultural difference can cause them to not be as confident about their skills, speak out less during stand ups and code reviews, and essentially feel a lack of identity for their dev team.”

Charleston-based Powerhouse is a staff augmentation and development shop that provides a long-term retention and growth solution for female developers who exited bootcamps and entered new careers with little to no support. Finch founded Powerhouse after working at the nonprofit Charleston Women in Tech, which helps women of all ages prepare for a technology career. In three years, the nonprofit has grown a network of more than 1,800 women and established a youth coding program for low-resource neighborhoods.

“I had the unique perspective of working with women who wanted to get into the industry but did not have the qualifications to get an entry-level position,” says Finch. “I also worked with numerous leaders from local companies, who told me time and time again that they were unable to find female developers in our area.”

“Clearly there was a need to support women getting into the tech industry and provide them with the necessary skills, training, and mentorship to ensure their longevity as career developers,” says Finch.

Powerhouse approaches mentorship from a different perspective. Instead of the fast-paced world of 90-day programming bootcamps, the training dev shop adds developers to its team as paid employees, where they work on products and projects to develop their skills. From day one, Powerhouse adapts to the skill levels of its developers and fills in the learning gaps to help them grow.

Aside from on-site client projects, the dev shop works with partner companies who are looking for staff augmentation or full-time placement of women on their development teams and provides them ongoing support and mentorship while at their placement — almost like an on-call career counselor.

“We believe it takes months and even years of training to be a qualified full-stack developer. We believe that with ongoing support and mentorship, we can create confident, talented women developers that will last far beyond their first year. When a developer starts in the real world, there are so many added factors that come into play that simply cannot be taught in the classroom. We are there to monitor and assist as needed, and to make sure our developers have the highest chance of success,” says Finch.

So far, Finch has seen great success with Powerhouse’s efforts to increase retention rates in Charleston. Feedback from both partner companies and enrolled women has been overwhelmingly positive.

One company took the chance of hiring two non-computer science employees with a mix of self-taught and Powerhouse training. After the developers were placed on a 6-month contract, they finished the project in under two months and are now on track to be hired by the company when their Powerhouse contracts end.

“The feeling from all sides is that they are fully immersed in our partner company and are the partner company’s developers. This is the Powerhouse mission, to find women off the traditional pipeline, and seamlessly onboard them into the tech industry,” says Finch.

As Powerhouse continues forging ahead with its mission of increasing retention rates among female developers in Charleston, Finch remains optimistic about the Southeast’s growing tech scene — as long as companies keep a watchful eye on diversity and keep an open mind when hiring.

“It is growing, and just like Silicon Valley, we are facing similar pressures in terms of dealing with a lack of diversity,” says Finch. “Perhaps this is even more relevant to the Southeast, as we lack developers in general and many companies are forced to find remote workers, outsource outside the U.S., or relocate developers from outside the area into the Southeast.”

“What companies don’t see are the potential developers — the individuals that didn’t get a computer science degree or take the traditional path to becoming an engineer,” says Finch.