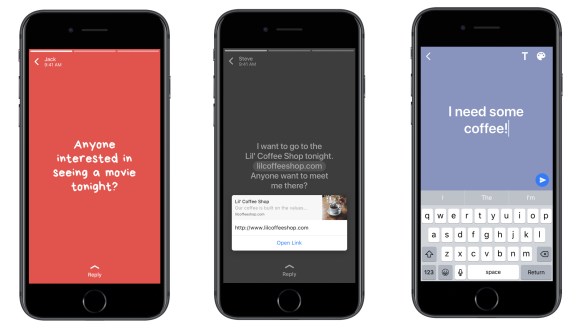 WhatsApp today began to roll out Status updates you can make by writing text on a colorful image background, a company spokesperson has informed VentureBeat. While Status debuted as a text-only feature, it grew to include photos and videos. Today’s update lets users choose a font, background color, and even add links.

Facebook owns WhatsApp, but it’s still not common to see the company test a very specific feature in its main app before bringing it to WhatsApp. Colored backgrounds on status updates are supposed to increase engagement, and while many users find them annoying, Facebook clearly believes they are working given it is pushing them out across its apps.

Also announced today, Status updates can be seen with WhatsApp on the web.