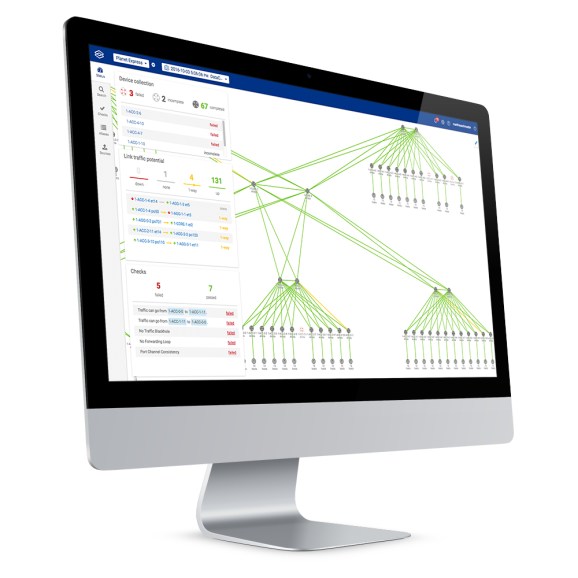 Forward Networks, which helps companies monitor and secure their network traffic across switches, routers, and firewalls, today announced funding of $16 million in a round led by DFJ. Existing investors Andreessen Horowitz and A.Capital Ventures also participated.

“Modern enterprise networks tend to cover thousands of devices and are operationally complex,” wrote Forward cofounder and CEO David Erickson, in an email to VentureBeat. “Most are operated with decades-old tools, and as a result, even the most well-architected networking environments are fragile and potentially one accidental change away from a massive disruption.”

Forward Networks builds an accurate replica of the company’s entire network to analyze its behavior. Atop the network copy, the software traces, indexes, and stores the collected data, monitoring things like end-to-end behavior, verification of the network’s forwarding behavior and security posture, and close monitoring of configuration changes. “And it’s all done without actually touching the production environment,” wrote Erickson.

In addition to the funding round, the Palo Alto, Calif.-based startup is also announcing a new cloud-based software called “Forward Essentials,” which enables engineers and operators to easily access the network’s state. The product is currently available for free through a beta program and will be available in Q4 of this year, according to the chief executive.

Erickson would not go into details regarding the startup’s customer base, instead naming a few verticals the company is aligned with, including financial institutions, airlines, and IT providers.

Since its founding in 2013, Forward Network has raised a total of $27.15 million. It will use the fresh injection of capital to further develop the product and grow its team of 30.