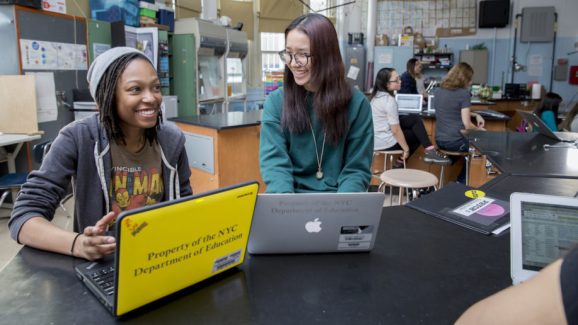 Uber has announced a partnership with Girls Who Code, the not-for-profit organization that’s setting out to “close the gender gap” in technology.

As part of the three-year agreement, Uber will mete out $1.2 million to help Girls Who Code “grow hundreds of after school and immersion programs” across the U.S., Komal Mangtani, Uber’s senior director of engineering, wrote in a blog post.

The move comes as Uber cofounder and former CEO Travis Kalanick prepares to head to court to face a fraud lawsuit from the company’s investor, Benchmark Capital. The suit accuses Kalanick of concealing a range of misdeeds from the board while pushing to retain power at the company.

Kalanick was forced out of the company back in June following recommendations made in a report on the company’s culture. The report itself followed a wave of scandals that kicked off in February when a former engineer, Susan Fowler, published a blog post alleging she encountered widespread sexism and harassment during her year working at the ride-hailing company.

Numerous similar allegations have plagued the technology and VC realms in the months since. Earlier this month, Google fired an employee who wrote a lengthy think piece criticizing the company’s diversity policies, which kickstarted a public debate not only about diversity but about freedom of expression, too.

As Uber continues to bicker over who will take the helm, the company is eager to put some of its recent scandals to the side and try to reposition itself as the good guy. The investment will “allow an additional 60,000 girls from communities across the US to be exposed to technical skills from an early age,” Mangtani wrote.

As part of the deal, Uber employees will volunteer their time to run coding workshops and other mentoring programs aimed specifically at young women. Uber’s chief brand officer, Bozoma Saint John, will also join the board of directors at Girls Who Code.