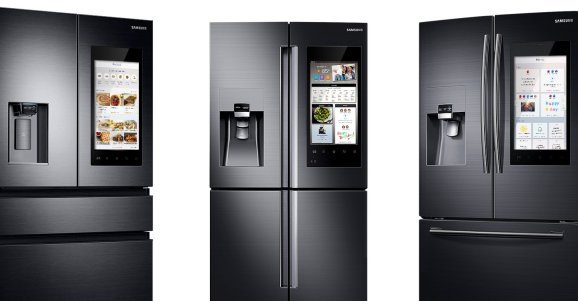 Samsung has announced that its smart refrigerators are going truly multilingual, with support for a host of European languages coming this year.

If that announcement jarred you slightly, here’s a quick recap of how we got here. While internet-enabled fridges aren’t a totally new phenomenon, Samsung has been going all-in to convince everyone that smart fridges should serve as the command center for your connected home. Last year, the company released four Family Hub appliances, and this year it’s launching 10 variants.

The Family Hub is basically a giant stainless steel appliance with a huge 21.5-inch HD touchscreen display on its front, cameras inside for remote viewing, sensors to detect and automatically reorder depleted food supplies, and integrations with the broader smart home.

The fridges also support a “hands-free” culinary experience via its voice-enabled interface and apps — this could be useful in situations where your hands are covered in flour, as it means you can verbalize a recipe request, for example.

Thus far, the fridges have only supported U.S. English and Korean. But with consumer electronics trade show IFA about to kick off in Berlin, Samsung has revealed that it will soon support eight European languages, starting with German, French, Italian, and U.K. English.

This week, Samsung also announced that its smart digital assistant, Bixby, is now available on Samsung Galaxy devices in 200 markets globally, though it still only speaks U.S. English and Korean. The company did mention that Bixby would support more languages in the future, but it’s not yet clear whether today’s Family Hub announcement hints at what languages Bixby will be opening up to next.

We’ve reached out to Samsung and will update here if or when we hear back.