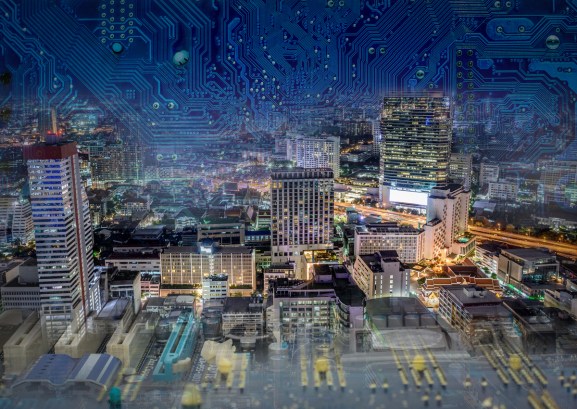 Back in 1996, when the internet was in its formative stages and had not yet produced time- and attention-sucking features like Twitter or mobile push notifications, a pair of pioneering computer scientists named Mark Weiser and John Seely Brown coined the idea of “calm technology.” They imagined a world where humans are surrounded by what they called “ubiquitous computing” (we’re nearing this era now), yet the technology acts in such a way that “informs, but doesn’t demand our focus or attention.”

While it may seem like their vision of the future was only half right (and let’s be honest, cruelly ironic), just a few years into the future the world could look a lot more like the effortless, supportive environment they had in mind. The difference maker? 5G networks that will enable faster download speeds and robust pipelines that allow instant, seamless connectivity among the millions of devices that make up the burgeoning internet of things — and most importantly, the people behind those devices.

For years, we’ve pursued greater connectivity among people through good design – marrying the physical with the digital to support human connection. How things actually play out in a 5G world will largely depend on the designers, engineers, and business leaders of today. They will be responsible for developing and winning consumer support for devices and programs that can improve, even “calm” the way technology impacts our lives. But first, they need to recognize the awesome potential of 5G and be willing to think beyond any preconceived notions about how we interact with technology.

It sounds counterintuitive, but far from a future marred by further distraction, the way we design around a hyper-connected 5G network could empower humans to better connect with one another. Ubiquitous devices could untether us from our phones, allowing us to remain “heads up” while staying connected to the digital world. Instead of huddling around a video call on a tiny phone screen, a person could project it onto a wall and show it to the whole room. Rather than interrupting a dinner to look something up, voice recognition, already advancing quickly, could answer the question for the group in seconds, unprompted.

This move towards “calm technology” will require some changes in the habits and cultural norms we’ve created around our devices. For example, if our smart home controls didn’t run on our phones but were instead ambient, following us as we travel from room to room, it would be one less moment our phones stole our attention throughout the day. While old habits die hard, people inherently want to be more connected to each other and the world around them, so designers and brands simply need to show them how much better life could be if we brought some of what we do in isolation on our phones and laptops out into the world around us.