During its IFA 2017 event today, LG unveiled the LG V30. This is the phone LG hopes will take on Samsung’s Galaxy Note8 and Apple’s iPhone 8. It will become available in South Korea on September 21 and expand to more markets from there.

2017 is all about smartphone screen-to-body ratios, and LG is playing ball. The LG V30 features a 6-inch 18:9 OLED FullVision display but is still 8mm shorter and 3mm narrower than its predecessor. With a thickness of 7.3mm and weight of 158g, the new flagship is in LG’s words “the lightest among smartphones in the 6-inch and over category.”

Moving on to the trend of dual rear cameras (the V30 sports 16MP and 13MP shooters), the South Korean company wants to emphasize that the V30 is the first flagship smartphone to feature a rear camera with an f1.6 aperture lens. (Translation: It lets in more light.) The glass lens, meanwhile, is supposed to deliver more accurate colors and clearer images than a plastic lens. Unsurprisingly, LG believes the two features make the camera system “the most capable image capturing device in a smartphone.”

If you liked the V20’s second screen, LG will try to placate you by pointing to the phone’s always-on display (AOD) and floating bar features. The AOD provides shortcuts to quick tools and the music player when the screen is off, while the floating bar can be customized with up to five apps for easy access to your most frequently used apps.

Audiophiles will be happy to learn LG has included a 32-bit Hi-Fi Quad DAC and a set of earphones by B&O PLAY (yes, there’s a headphone jack). You can select from three digital filters to adjust the pre- and post-ringing of the impulse response, while four pre-programmed presets let you change sound frequencies and decibel scales. The V30 supports Master Quality Authenticated (MQA) technology that allows for high-resolution audio streaming.

As for software, the phone ships with Android 7.1.2 Nougat, but you can expect it will be upgradeable to Android Oreo. VR aficionados will appreciate that Daydream support is available out of the box, although unfortunately ARCore is not. Last, but not least, with Samsung focusing on Bixby, LG is doubling down on Google Assistant.

More specifically, the digital assistant will have unique LG capabilities. Users will, for example, be able to say “Ok Google, take a wide-angle selfie” to launch the camera app with the setting on the front-facing camera wide angle mode. The V30 will furthermore use advanced signal processing to let users employ the “Ok Google” voice command even when loud music is playing. But if you’re a die-hard LG fan, the best part will be the integration with LG appliances (washing machines, dryers, refrigerators, air purifiers, ovens, air conditioners, and robot vacuums) and Google Home. Users will apparently be able to say “Ok Google, talk to LG to wash my clothes.” 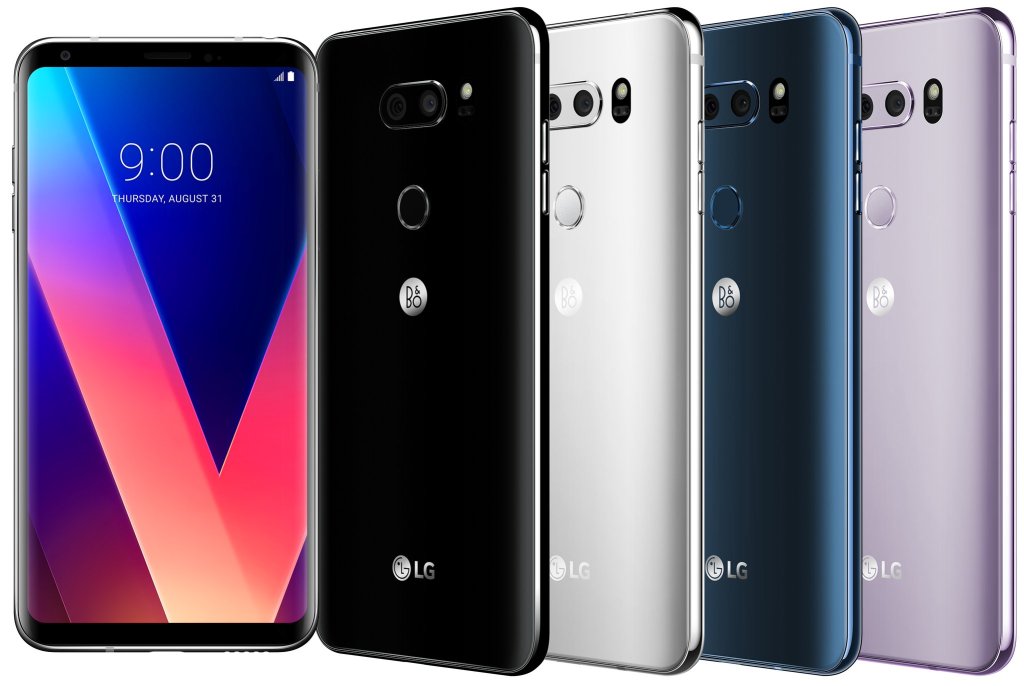