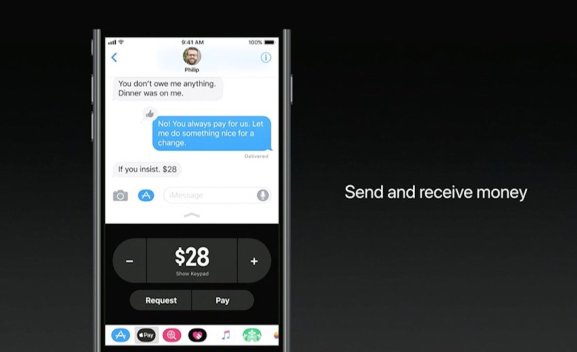 Apple has filed to trademark its peer-to-peer payment service with a European agency, indicating that the service will be accessible in at least some parts of the continent when it launches later this year.

Earlier this week, Apple filed an application to trademark “Apple Pay Cash” with the European Union Intellectual Property Office. The filing was first spotted by LetsGoDigital in the Netherlands.

Apple announced the payment service this summer at its Worldwide Developers Conference. Apple Pay Cash extends the Apple Pay service that was launched in 2014 to allow people to send money directly to each other via iMessage. With this service, any money you receive from someone lands in a virtual card that’s found within the Wallet on your iPhone.

Apple Pay is available in Europe in the U.K., Switzerland, France, Spain, Italy, and Ireland. Apple Pay Cash is set to go live with the release of iOS 11 this fall.

The expansion of such services is increasingly critical to Apple’s growth, as the Services category is the fastest-growing segment of Apple’s earnings.