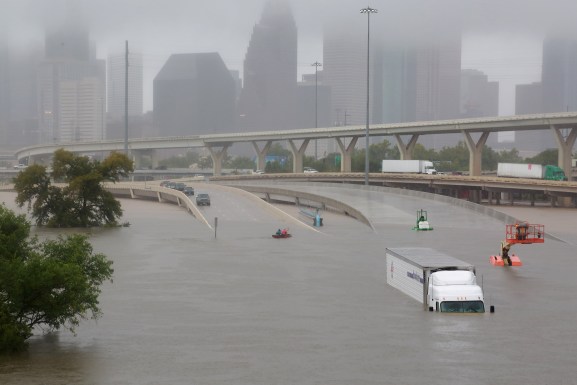 Adding to a trend of of tech companies and executives donating funds after Hurricane Harvey, Michael Dell pledged up to $36 million from his foundation to support disaster relief as well as the longer-term rebuilding of flooded areas.

Dell said the Michael and Susan Dell Foundation will make the donation to help seed the Rebuild Texas Fund. Half of the donation will be made initially, while as much as another $18 million would be used to match 50 cents for every dollar that others donate. The matching campaign will last until the end of Labor Day weekend.

“This is our home,” said Dell, who was born in Houston in 1965 and famously started a business selling upgrade kits for PCs in his University of Texas dorm room. “It will take all of us working together, over the long term, to rebuild our Texas communities.”

Since Hurricane Harvey reached landfall on the Texas coast a week ago, leading to record rainfall and flooding in Houston, a number of tech companies have pledged donations and organized fundraising campaigns and online resources for locals in need of help.

Verizon pledged $10 million to relief efforts, while a Facebook campaign raised another $10 million and a campaign from Google raised at least $2 million. Smaller companies have also contributed to relief efforts. PayPal set up a relief campaign that waived payment-processing costs, while a coalition of Austin-based startups created their own donation drive.