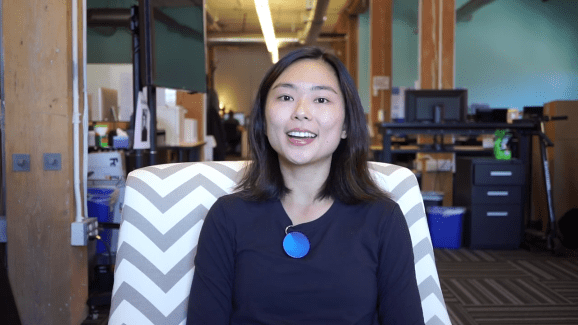 The Onyx device for translation from Orion Labs

Orion Labs today announced the closure of an $18.25 million funding round to expand the size of its sales team and continue development of its Onyx device and Orion platform for voice-powered bots. Developements include a new real-time translator, which currently focuses on conversations in English and Spanish. Mandarin Chinese is likely next, Orion Labs CEO Jesse Robbins told VentureBeat in a phone interview.

Orion Labs makes voice-powered bots for the workplace that are designed to answer the kinds of repetitive questions employees need answers to in order to do their job.

Robbins described the Onyx smart walkie-talkie device as being like the communicator badge on Star Trek, but for mobile employees in industries like transportation, logistics, food service, construction, and emergency services.

“Rather than asking somebody to go check the stock in the back of a store, they’re able just to say ‘Hey is this item in stock?’ and they get an answer either from an Orion bot or one we helped them build,” he said.

Another popular application of Orion Labs bots is for status or location reports for those who manage workers in health care and construction.

Orion Labs was created by Robbins and cofounder Greg Albrecht. The two have worked in software and startups, but they’re also emergency medical technicians (EMT). They made Onyx to answer the simple but important questions they needed to do to their jobs.

In most cases, Robbins said, line-level employees already know the questions they need help answering on a regular basis. In their case, it was things like, “Is there a hospital in the bay?” “Is this hospital open?” “Can we send a patient there?”

“This doesn’t require general-purpose AI. It’s really a little more specific, where you’re able to say, ‘We just want to provide helpful answers in real time to people that are doing really important work’,” he said.

To answer questions, Orion Labs’ bots plug into both real-time databases and spreadsheets maintained by customers.

Robbins declined to state the number of clients Orion Labs works with today, but customers range from local governments and small businesses to multinational corporations.

To fuel its bots’ translation and speech understanding, Orion Labs uses a mashup of AI services from companies like Microsoft, Google, and IBM Watson.

The $18.25 million funding round was led by Allen & Company LLC, with participation from Argentum, The Thermo Companies, Fuel Capital, and a collection of private individuals.

Since its launch in 2013, Orion Labs has raised about $30 million. The company has 50 employees and is based in San Francisco.