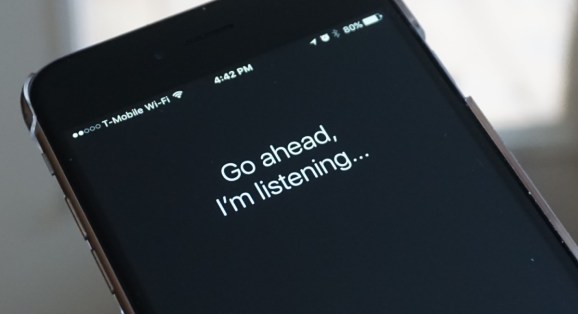 Because voice assistants represent essentially the pinnacle of consumer-grade machine learning, keeping an eye on Siri, Cortana, and Alexa as they evolve should prove fascinating. They’re already changing the way we work and play, including those of us pursuing higher learning. But how?

As you’ll see below, Siri seems limited compared with some of the others. It’s true that Apple has so far kept Siri on a short leash — but it’s done in the name of privacy. Most of the other competing personal assistants offer more detailed and timely personal information than Siri does, but you should understand the privacy tradeoff you’re making.

That being said: Here are six great ways any college student can use voice assistants — including Apple’s Siri, Google Assistant, Microsoft’s Cortana, and Amazon’s Alexa — to empower themselves to get more done.

No judgments here — from time to time we all struggle to get to where we’re going on time. Thankfully, voice assistants stand ready to crack the whip if you fall behind.

When you add upcoming events to your calendar on iOS, unless you’ve disabled it, you’ll get prompts from Maps telling you when you should leave to arrive on time. This is Siri at work.

If you favor Microsoft’s platforms, Cortana will automatically send you a mobile alert when it’s time to leave for work or another scheduled event.

Time for another confession: How much of your fiddling with the playlists on your iPhone is because you like playing DJ, and how much of it is pure procrastination?

You’re in college — you should be spending a little more time studying and a little less worrying about what’s playing next. So what can you do about it?

Try asking Siri, Cortana, Google, and Alexa to choose a playlist from their respective streaming catalogs that matches your mood. They’ll recognize various kinds of natural phrasing, so try a few variations and see what results they deliver.

3. Shop with your voice

When you’re juggling six or seven tasks already but you don’t want to risk forgetting that you’re out of toilet paper — well, suffice it to say, we’ve all been there.

All of the voice assistants out there provide some version of this. You can ask Google and Siri to add reminders to their respective reminders apps. Google Assistant goes a bit further: You can ask, “What’s on my shopping list?” to make sure you’re not forgetting something crucial. And Alexa will straight-up ship toilet paper to your door unless you prevent it.

Personal assistants aren’t just to save us from boredom and forgetfulness — if you know how to ask them nicely, they’ll also help keep us safer from ourselves.

Cortana lets you create messages that auto-reply if you’re driving, and Google is said to be integrating voice commands directly into newer model cars.

Apple devices will also receive the auto-reply feature when iOS 11 drops sometime this fall. You’ll also get the option to enable auto-driving mode when your phone is on your person and you’re traveling by car.

If these features aren’t enabled right out of the box, take a moment to find and explore them. They’re not just cool talking points — they’re a legitimate safety feature that could keep your eyes on the road at a critical moment.

Amazon is the land from which all material things floweth — who knew it would also emerge as a technology leader?

Alexa may already have found her way into your home. She can do all kinds of things, like reading cooking directions aloud and most of the stuff we mentioned above.

If you have an Echo or another Alexa-enabled device, you can have it connect with Spotify to play their foreign language tutorial playlists.

If you prefer Siri and Apple devices and you’ve updated to iOS 11, you can query Siri and have her translate English words and phrases into other languages of your choosing.

It might sound weird, but one of the best new features of voice assistants is the option to be quiet for a change. Yes — if you’re already tired of asking Siri, Google, Cortana, and Alexa aloud to do menial tasks or bail you out at trivia night, all of them now proudly employ machine learning to allow natural language typing.

Google got there first with Google Assistant, and iOS devices will receive the feature in iOS 11. The idea is simply this: In situations where you need a quick helping hand from your voice assistant, but you’re in a movie theater or (more likely, we’re sure) deep in the library preparing for your exams, you can simply type what you’d normally speak aloud. Our favorite talky assistants will deliver feedback, scrollable data, web links, Wikipedia pages, and more with nary a peep.

I could imagine quite a few situations where having to leap to a different device or platform could cause your mental train to derail. Typing a conversation to your voice assistant instead, while your hands are already busy on the keyboard, feels like a natural complement to how we already work.

See what these platforms and features can do for you. Maybe you won’t find them useful — but maybe they’ll lead to your most productive semester yet.

Kayla Matthews is a technology writer interested in AI, chatbots, and tech news. She writes for VentureBeat, MakeUseOf, The Week, and TechnoBuffalo.